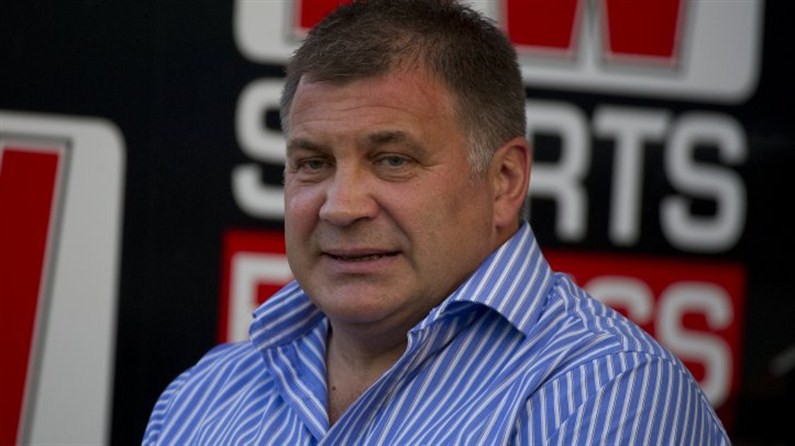 Wigan coach Shaun Wane hailed winger Pat Richards after his two-try show helped the Warriors to a 26-14 win over St Helens in the Good Friday derby at the DW Stadium.

Richards opened the scoring after eight minutes and ended Saints' fightback with his second try eight minutes from the end to clinch the win that knocked Catalan Dragons off the top of the Super League table.

"I thought Pat Richards was far and away our best player," Wane said. "He's been consistently fantastic for us this year.

"He's in our leadership group and leads the team well. The way he played today was really impressive."

England duo Sam Tomkins and Josh Charnley were also among the tries, along with 22-year-old prop Dom Crosby, who underlined his rich promise in the absence of four senior front-rowers through injury.

"He's a good kid and he's only going to get better," Wane said. "He's a baby and in three or four years' time we will see him at his best."

Although Wigan led 18-0 at half-time, Wane was prepared for a St.Helens fight back after the break,

"The 18 points didn't register in my head," he said. "I wasn't happy at half-time. We should have been a lot more clinical with our finishing.

"I said at half-time 'it's nil apiece' because they were never going to be dead and buried.

"We showed a lot of character but we were far from at our best. We made too many errors.

"Credit to St Helens, they had a few missing, like us. Both teams were busted."

Wigan now head to Hull KR on Easter Monday with ice baths and rest for the squad over the next day or so. Shaun reported no injury problems of note after the game.