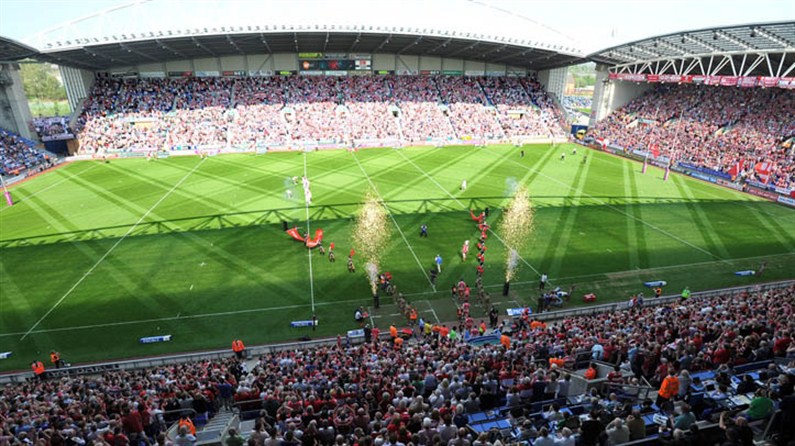 Wigan Warriors confirm that tomorrow's Good Friday Super League clash against St Helens at the DW Stadium, 12.15pm kick off has SOLD OUT

The last remaining tickets for this eagerly anticipated fixture have been sold at the Stadium Ticket Office this afternoon meaning that tomorrow's game will be the seventh Good Friday meeting between Wigan and St Helens both home and away have been watched by capacity crowds. Just at the DW Stadium around 120,000 supporters have witnessed the last five Good Friday meetings.

"It is fantastic news that this traditional Good Friday fixture between Wigan and St Helens has sold out once more. This game is the biggest derby in Rugby League and the response of both sets of fans to purchase tickets, particularly this week has been phenomenal. There will be a tremendous ‘derby' atmosphere at the DW Stadium and fans are advised to arrive as early as possible with a magnificent line-up of pre-match entertainment organised."

Friday's game will also see Wigan surpass over 20,000 supporters for a home fixture in 2013 for the second time in just five home games with a crowd of 20,050 at the season opener against the Warrington Wolves back in February.