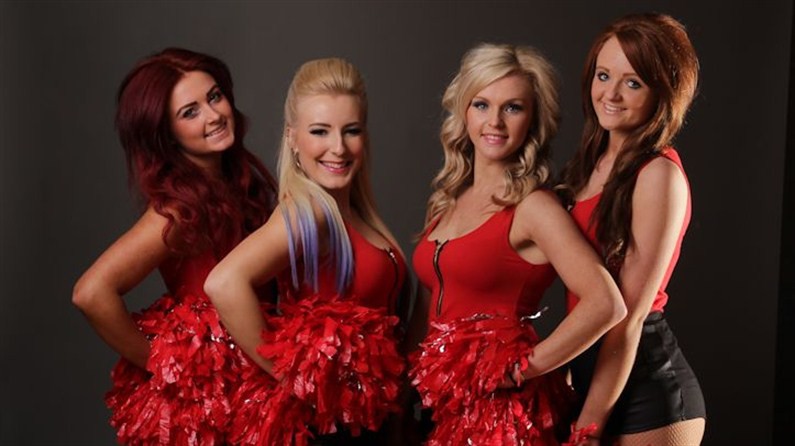 Wigan are delighted to unveil an extraordinary line-up of entertainment that will take place ahead of the Warriors Good Friday clash with St Helens, with live bands, fireworks, flag wavers, games, cheerleaders and much more, this is sure to be the biggest Rugby League event of the season.

The extraordinary rugby action is set to be mirrored by the build-up as popular local band The Clone Roses are set to build that special derby day pre-match atmosphere.

The Clones have been touring up and down the UK for over a decade, playing to vibrant crowd's week in week out. The band recently returned to Wigan for their first gig in 15 years by playing to a sold-out Independence, and can't wait to go one step further in front of 20,000 plus fans on Good Friday.

"We're local(ish) lads and are huge fans of Rugby League, so being asked to play ahead of the biggest derby in the sport is a huge honour.

"It was great to play in Wigan again recently. We already have strong following from the town as well as from St Helens which should make for a great atmosphere.

"Our biggest gig to date was supporting The Happy Mondays and The Farm in front of about 4,000 people at Brixton Academy, which was pretty big. I'm sure playing on Good Friday before the derby will be just as impressive"

Brian Noble was Wigan coach from 2006-2009 and he is back in town to sign copies of his brand new book on Friday. ‘Nobby' will be in the South Stand Bar from 10am and then for 1hour after the match has finished.

Fans arriving early to the ground will also be treated an equally amazing experience, as the GameBeast makes its DW Stadium return after its debut earlier in the season against Warrington. Thanks to support from GAME, Warriors and Saints supporters will be able to play the new Rugby League Live II game in luxury. The GameBeast features 43" widescreen plasma displays, X-Box 360 and PS3 consoles, plus state of the art gaming chairs and will be situated in the South East corner of the stadium from around 9am.

AMF Bowling have recently been an integral part of the entertainment at Max's Club. Now their portable bowling alley will be making its debut outside the East Stand this Friday with their Mascot ‘Bumper'.

2013 is a huge year for Rugby League with the World-Cup taking place. One of the four ¼ final's will be played at Wigan's DW Stadium and the prestigious Rugby League World-Cup trophy will be on show at Fridays game outside the stadium for fans to have their picture taken with the famous trophy and take part in the RLWC interactive passing challenge.

The Warriors showcase stage returns for the Good Friday clash, and will feature some of the best local bands and artists throughout the year, this Friday will feature fantastic local band, Strung Up Bare.

StrungUp Bare play folk at its best. With 4 Degree's, 2 Classical Scholarships, a love for music and the strongest bond 4 musicians could have; there is no limit on songs to play. With the ability to play every instrument under the sun Tim, Ellie, Jonjo and Matt perform re-workings of folk, traditional folk, contemporary folk, rock, pop, chart hits and original songs, pulling the audience into a rich musical landscape of sound.

Grounded in English traditions, but flirting exotically with a plethora of musical avenues, StrungUp Bare create a tasty dramatic dance-able ambiance-like atmosphere guaranteeing you have a good time.

From the tear-jerking instrumentals to luscious Led Zepplin rock solo's adapted to the violin, StrungUp Bare guarantee to put on a show you will have never seen before.

If you are in an unsigned musician wanting to promote your own music, get in touch by e-mailing us at wiganwarriorsshowcase@gmail.com

A restricted number of tickets are still available from the DW Stadium Ticket Office, the Warriors Ticket Hotline on 0871 66-33-522 and online via Warriors E-Tickets.