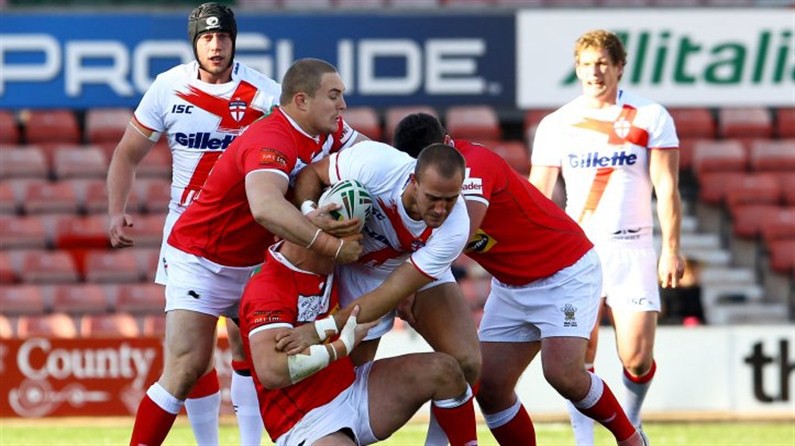 Wigan look set to be without England Prop Lee Mossop for upto 12 weeks following a dislocated shoulder in the game against London at the DW Stadium on Sunday.

Lee was forced off the field in the first half and Head Coach Shaun Wane confirmed the bad news post match,

"He is struggling, it's not looking good, he has dislocated his shoulder and it will mean he will be out for around 12 weeks.

"We are struggling a bit without Hame Lauaki, Paul Prescott, now Lee, we also have Harrison out, I have told the Wife to get my boots ready."

The positive news was the return of Second Row Forward Chris Tuson for his first Super League game of 2013, Shaun added,

"It was good to get Chris Tuson back and thankfully he came through OK."