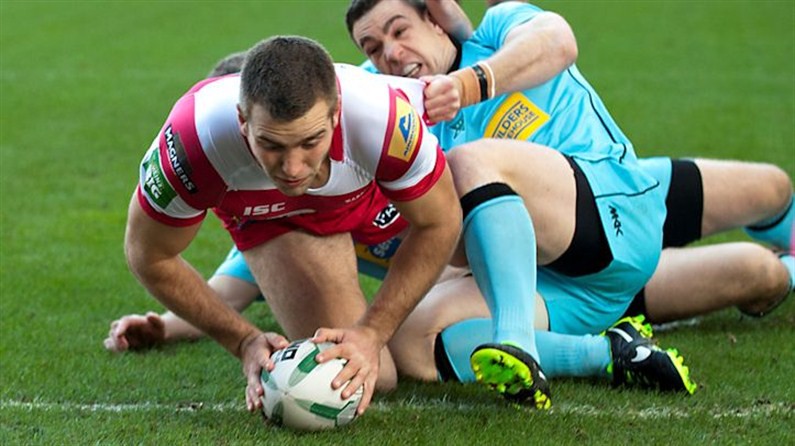 A competent second half display got Wigan back to winning ways and left London still winless in Super League XVIII.

The nine-try haul was shared amongst seven players in the 48-18 victory in which Wigan had to be patient as London put up a gutsy first half fight.

But the second 40 went according to plan for the home side as they ran in 26 unanswered points and were rarely troubled in defence.

Wigan looked to be in for a straightforward afternoon when they found themselves rattling up a point a minute in the first ten with tries from Iain Thornley and Josh Charnley.

The opener came in the second minute as Blake Green and Thornley worked to send Pat Richards on his way and just as the Irish international looked to have been thrown into touch, he magically got it back inside for Thornley to finish the move.

This was followed-up by Charnley’s score which was from a typically efficient move close to the try line involving Matty Smith, Sam Tomkins and Green.

The Broncos bucked their ideas up though and took full advantage of Sam Tomkins losing his cool with referee, Robert Hicks.

Ex-Wigan wingman, Liam Colbon, had put a grubber kick through which Tomkins left to trickle over the dead ball line but the officials gave a drop-out to the dismay of Tomkins.

The fullback’s disgruntled reaction didn’t go down well with Hicks who promptly sent him to the sin bin and London responded by posting 12 points in the time he was on the bench.

Colbon scored on the 20-minute mark when Thornley’s side was stretched with Richards dropping to fullback. To make matters worse for Wigan, Lee Mossop left the field at this point clutching a dislocated shoulder.

Just five minutes later, Kieran Dixon, who was arguably London’s best performer, put them in front when Craig Gower took advantage of a mistake from Smith.

The Wigan halfback threw a pass to ground which Gower scooped-up on halfway before sending the supporting Dixon on his way when Wigan cover in the form of Jack Hughes caught the Australian.

Wigan bounced back with a Michael McIlorum try from dummy half but the Broncos were not done and took the lead again when Chad Randall charged down a kick from Green to restore their two-point advantage.

That was to be it though as Sean O’Loughlin steamrolled on to pass from Green to score his 300th Wigan points on the stroke of half time.

The Warriors looked rejuvenated in the second half and an attractive solo effort from Tomkins started the scoring three minutes after the restart.

Richards was next on the scoresheet after 48 minutes and he struck the conversion from the touchline sweetly to make it so London had to double their tally to catch up. The game was now well and truly in Wigan’s hands.

Persistent offending from the visitors meant that the whistle-happy Hicks pulled out the yellow card for the second time on the hour mark. This time it was Matt Cook given his marching orders.

As the Broncos did in the first half, Wigan scored twice with the extra man advantage.

Green was first when the Tomkins brothers combined to send the stand off on a 50 metre dash for his first Wigan try and Green was involved again when Charnley scored his second.

Green put a sharp ball to Jack Hughes before Charnley’s support ensured he would stretch his scoring run in the new season to four games.

With the result beyond doubt, Thornley bagged his brace with ten minutes to go.