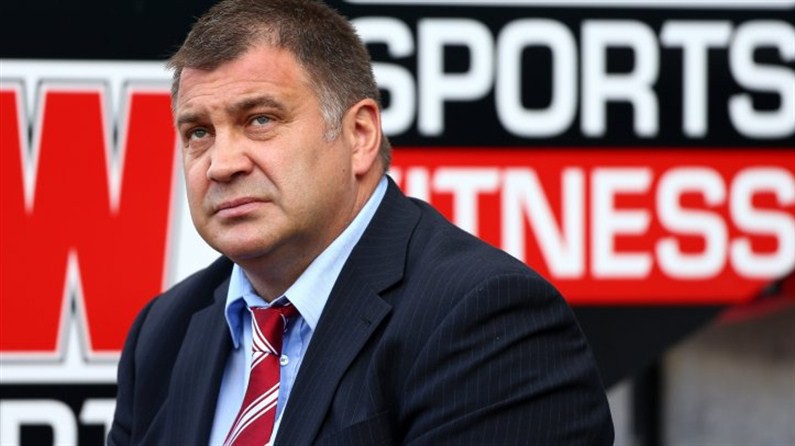 Wigan Warriors got back to winning ways at the DW Stadium on Sunday with a 48-18 success over London.

Wigan led 10-0 before a Sam Tomkins sin bining allowed the visitors back into the game to lead 10-12. The first half ended with a narrow Wigan advantage before the home side dominated the second period to run out comfortable victors with a 30 point winning margin.

"I was never worried, I was mad, really mad. I expected a backlash off London after last week at home to Wakefield and we have been speaking about that all week, if that happened to us, there would be a change of attitude and that's what we expected off London and it is what we got. Coupled with that our attack wasn't as fluent, a couple of poor defensive reads and we are under pressure. We fixed it at half time and to nil them in the second half and win by 30 points is a good effort."

On the sin binning of Sam, Shaun said,

"I was disappointed with what happened, what happened was a wrong call and that happens in games. That is something for me to sort out this week not for Sam on the field. I understand he is a competitor but you can't do that. I don't know what he said but he was sin-binned and they scored points while he was off . I still don't expect that to happen, if we lose a player to then let in 12 points one man down, I expect better than that.

"On the positive side they are a tough group and they were harsh on themselves. I started the ball rolling at half time and then all the players spoke up, they are a honest group. We scored some great tries and to come away with the win we did, with such a young team was pleasing."