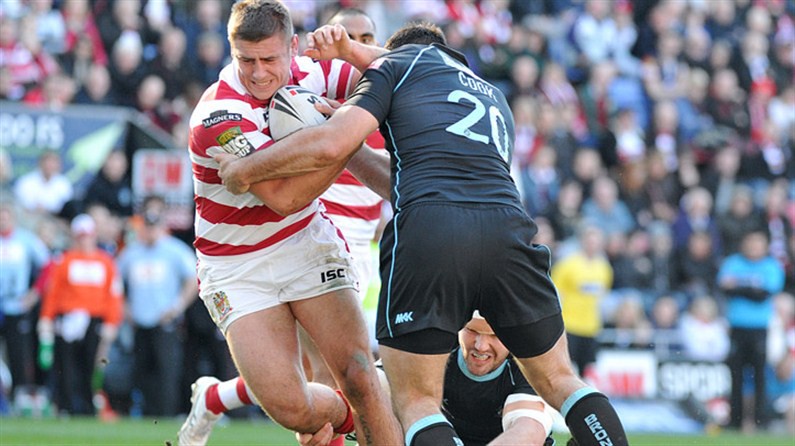 Wigan Warriors host London Broncos at the DW Stadium this Sunday afternoon, 3pm kick off and tickets for the game are available from the DW Stadium Ticket Office 9-12 on Saturday and on Sunday from 10am.

Wigan will be looking to get back on track after the narrow defeat at Huddersfield while the visitors will be looking for an improvement on their start to the season with three losses in a row.

In 2012, Wigan defeated London at home 42-30 (18th March) in a seven try display, Brett Finch with a brace and in the meeting at the Twickenham Stoop in July the Warriors ran out 44-6 winners.

Below are some stats going into the game:information courtesy of Kevin Riley.

(Super League in these stats refers to the weekly rounds only)

The first ever game between the two clubs was 14th September 1980 against Wigan who had just been relegated, and the London club won the game 24 - 5. They were then known as Fulham.

Pat Richards has scored tries in 4 of the last 5 home meetings between the two sides. 5 in total.

Robert Hicks has refereed 5 games involving Wigan, with Wigan winning 4 and losing 1. He refereed the game between Wigan and Harlequins in 201, in London: Wigan won.