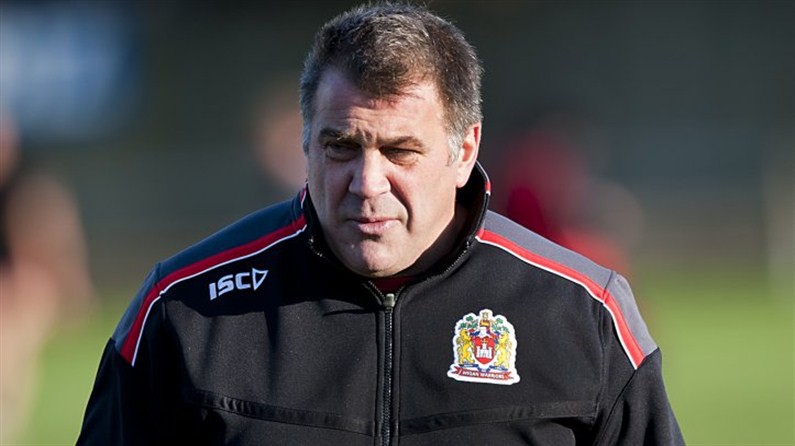 Wigan head to Salford City Reds on Friday night as at last the new season gets underway, the game has an 8pm kick off.

After three months of near solid preparation which has included a 10 day trip to Florida and a two day Marine Camp at Rivington, Head Coach Shaun Wane told us he is excited about the new season,

"I am very excited about the new season, pre-season was good but it can be a bit the same week in week out and it can get a bit monotonous and I am really looking forward to this Friday.

"The pre-season has taught me alot about some of our young players, who is ready and who is not and that is the idea of it. Pre-season has gone exactly how I wanted it to go, I didn't want Sam to play, I didn't want Lockers to play too many minutes and the same for Pat Richards because we have a long season with some big games at the end.

On the new Half Back partnership of Green and Smith, Shaun told us,

"I have been impressed with our Half Back partnership of Blake and Matty, they are both quality, they are both good lads, they both run hard with good skills and a good kicking game and they will get better and better as the season goes on."

On the opener at Salford, Shaun admitted he is expecting a very tough 80 minute battle,

"It will be competitve, Phil (Veivers) is a good Coach, no matter what team he puts out they will be ultra competitive, they have Wayne Godwin and Martin Gleeson, that's just two of the ex-Wiganers and we are expecting a tough game.

"I admire Phil and the players at Salford for what they have gone through, hopefully it will all be sorted before this weekend when we play them, if it is I will be happy for him, he deserves to know he has got that backing behind them and can tackle the season."