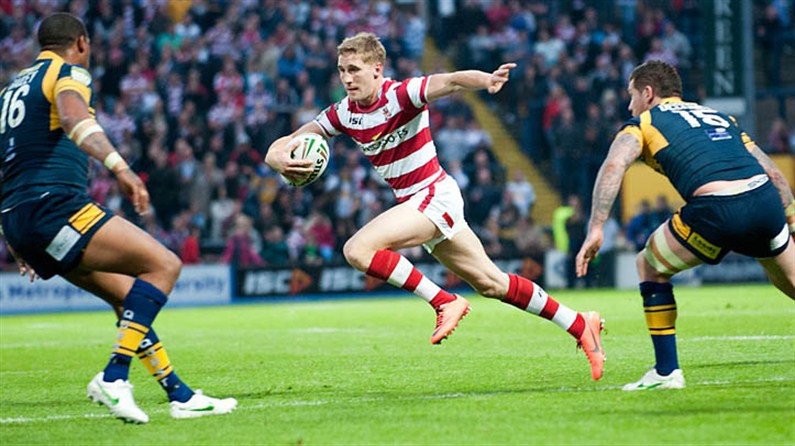 Warriors fullback Sam Tomkins is honoured to be named on the shortlist for the prestigious Man of Steel Award.

"It's a huge honour to be in the top 3. It's the kind of thing where you cross your fingers and hope you've won it. But James Roby's been outstanding, as has Bennie Westwood. Any one of us could win it."

The winner, chosen by a secret ballot of Super League players to reward the man deemed to have made the biggest impact on the season, will be unveiled at a gala dinner in Manchester on Monday, October 1st.

The full interview with Sam Tomkins is available to watch only on http://www.wiganwarriors.com/tv/