Mossop Looks Ahead To Leeds Clash 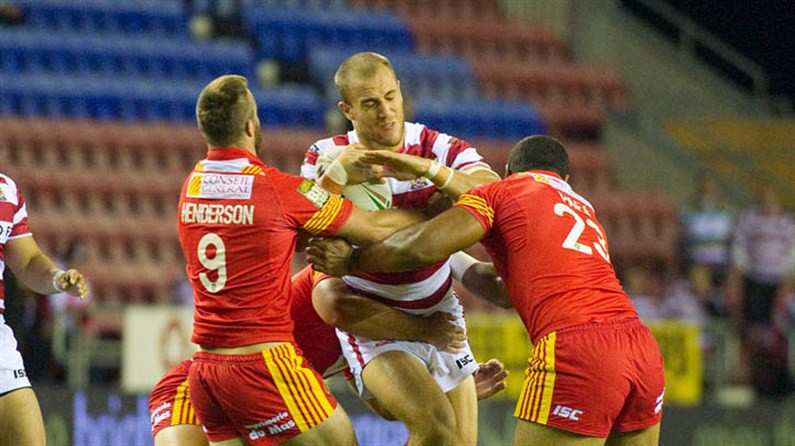 Warriors prop Lee Mossop is looking forward to Friday's Qualifying Semi-Final against Leeds Rhinos at the DW Stadium with a place in the 2012 Grand Final at stake.

Wigan selected Leeds in Clubcall at the weekend but Lee admits whoever the Warriors had picked this Friday's game is certain to be the toughest of tests, Lee told us,

"Whoever you play at this stage of the season it is always going to be a tough game. I think the decision was made some time back that if we had Clubcall we would pick the lowest ranked team and this time it was Leeds.

"We are no way under estimating Leeds, we have played them three times and we have beaten them twice but we know what they did to us in the semi-final and we know we need to be on the top of our game this weekend. In the semi-final, we had a couple of errors which as a pack we maybe didn't react to and they got on top of us with momentum. We have spoke about that and in the last few weeks as a pack we have been building and we have alot of confidence going into this game.

"Leeds are a class team and every year we all end up talking about them in Finals, we all know what they can do. They have big name players but so do we, we know if we are at our best we can win on Friday."

"Maybe some will see us as favourites having home advantage and having our fans behind us but Semi-Finals are do or die on the day. We had a good result against Catalan against a big pack and we carried out our game plan, hopefully we can carry out our game plan against Leeds this week. We know we have 80 minutes to go out and do a job to earn our place in the Grand Final."

Tickets for Friday's home Semi-Final are on sale from the DW Stadium Ticket Office, by calling 0871 66 33 552 ( calls cost 10p per minute from a BT landline, other operators may vary) and online click here.