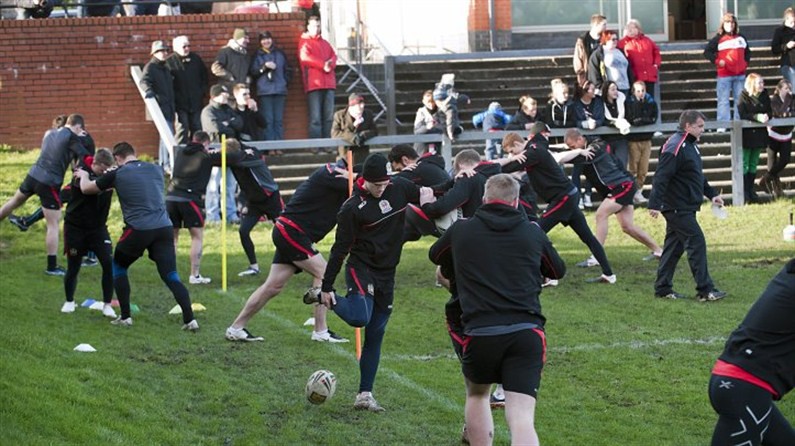 Fans are reminded that they will have the chance to see the Wigan squad being put through their paces as they prepare for the huge Qualifying Playoff Semi Final at the Warriors Squad Training Day at The Co-operative Community Stadium, Orrell between 4pm and 5.30pm this afternoon (Fri 21st September).

Following their team bonding trip to the lake district, the Squad Training Day will see the first team squad continue their playoff preparation alongside the under 18's and 20's under the supervision of the whole Warriors coaching team.

"We have had some great feedback from players and fans, following the previous Squad Training Days we have held this year. The idea behind the event is to bring together all elements of the Club in one squad training session in a single location which allows fans to come along and watch.

"These sessions also give us the younger players the chance to adopt the correct techniques at an early age as well as learning from some of the experienced guys.

Admittance will be by way of a suggested £2 donation to the Wigan Warriors Development Association (registered with the Gambling Commission) which helps raise funds for equipment and the training of the Clubs youth players.

Gates will be open at The Co-operative Community Stadium from 3.30pm and fans will be able to watch the full training session from the Main Stand seating or Cow Shed terracing along either side of the main pitch.