Hansen Out with Broken Jaw 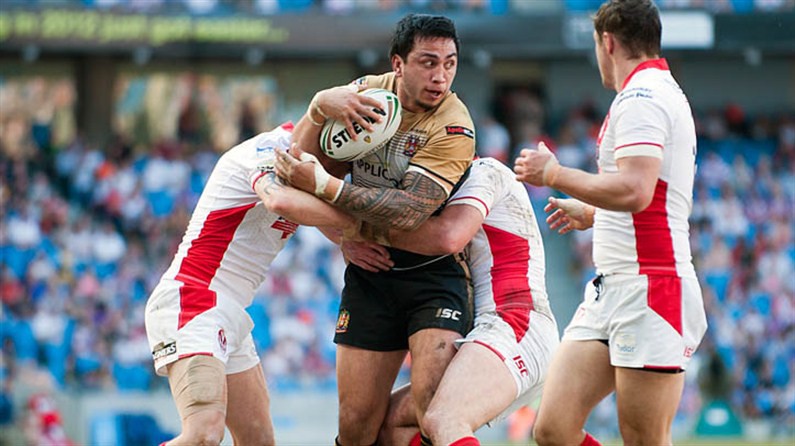 Warriors Head Coach Shaun Wane has today confirmed that second row forward Harrison Hansen is likely to be sidelined for upto six weeks with a broken jaw picked up on Sunday in the win over St Helens at the Etihad.

"H has broken his jaw and he might need it plating, so we are looking at 5 or 6 weeks, he picked up the injury and managed to stay on the field for another 10 minutes, it is disappointing for him but it gives an opportunity for someone from our 20's to get a chance."

Wane confirmed that young Welsh Second Row Forwaerd Rhodri Lloyd who has impressed in the Reserve Grade may well get a call upto to the squad for Friday's trip to Leeds,

"Rhodri is a good player and he has done well this season, he played in one of the pre-season games and didnt look out of place."

Meanwhile prop Lee Mossop took an early guilty plea following his call up by the RFL Disciplinary. Lee has a one game suspension and will miss Friday's trip to Leeds, the Warriors will find out later today the results for Gareth Hock and Chris Tuson who were both red carded on Sunday, they head across to Red Hall with Shaun Wane early this evening.