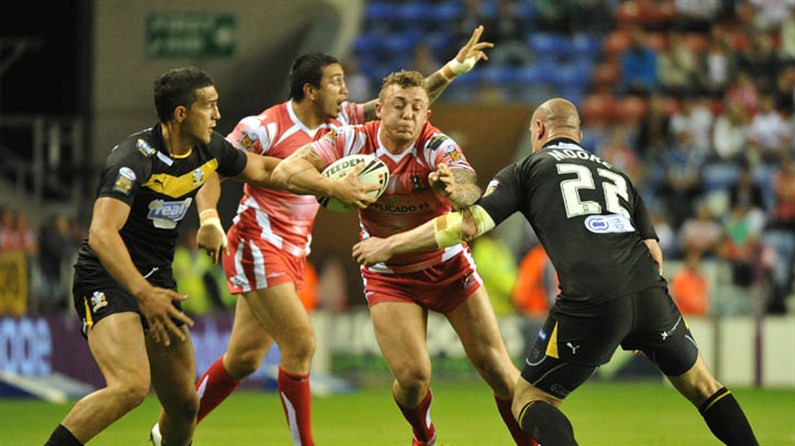 Wigan Warriors confirm that their Carnegie Challenge Cup Fourth Round tie against North Wales Crusaders will take place at the DW Stadium on Sunday 15th April with a 3pm kick off.

Reserved seating will be available in the Springfield (West) Stand and the Boston (East) Stand for this fixture. Both the North and South Stands will be closed.

* Offer not availble on matchdays. Voucher must be exchanged for match ticket before 5pm on Friday 13th April.

Tickets can be purchased in person from the DW Stadium Ticket Office, by calling the Ticket Office Hotline on 0871 66 33 552 (calls cost 10p from a BT landline, all other operators will vary) and online [click here]