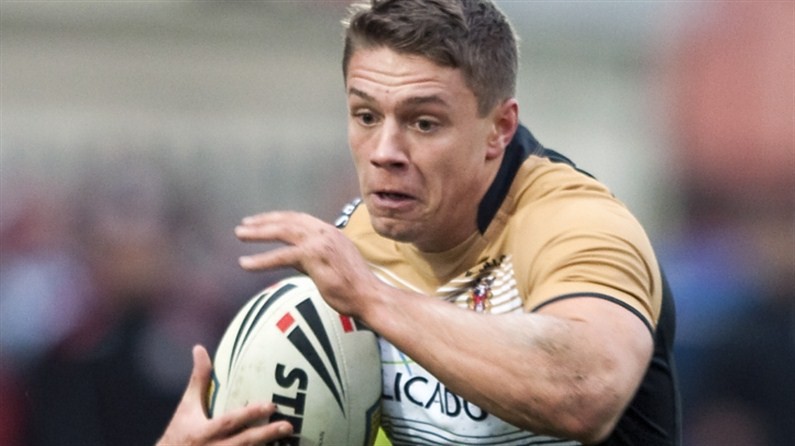 Another strong performance, despite not being able to overturn local rivals Leigh Centurions, showed why the Wigan Warriors U20s are looking to retain the Valvoline Cup they won on this ground last October.

Although defeated 42-16, the young Warriors showed promise, but the superior experience of their opponents proved the deciding factor on a bitterly cold evening after a pitch inspection 90 minutes before kick-off threatended the tie due to waterlogging.

Wigan began the game strongly, forcing an early drop-out and Joe Mellor missing a chance to score until the deadlock was broken when the home side opened the scoring after quarter of an hour.

Chris Rowe was put through a gap in the Warriors' defence after a scrum from ten metres out, and Ryan Brierly added the extras to put the Warriors 6-0 behind.

The young Warriors then immediately put themselves under more pressure by conceding a penatly from the kick-off for offside, and Leigh took advantage by sending prop, Sam Hopkins, over for a close range try under the posts.

After absorbing more pressure and holding firm in defence, Jack Hughes slotted through a gap to make a break from his own half, but he couldn't find the space to get send a pass to the supporting Jack Murphy, and was eventually pulled over the touch line.

Following a period of indisciple from Wigan, a penalty awarded for dissent ultimatley led to the Centurions' third try - a sweeping passing move involving Bob Beswick and Ricky Murphy finished in Dean McGilvary finding just enough space to dive into the corner.

Ryan Brierly missed with his shot at goal for the first time of the evening, leaving the score at 16-0.

Opposite winger,Adam Clay was next in to score, as Johnathan Pownall broke through to find Leigh the territory. The scrambling Wigan defence almost prevented the try being scored, but Clay eventually managed to duck and weave before finding the line by sliding across the rain-soaked surface.

With only five minutes until the break for half-time, John Winder's side refused to lie down. They showed spirit to contradict the scoreline when new Welsh signing, Rhrodri Lloyd wriggled free from a tackle to dunk the ball to Jack Hughes and allow him a well-deserved try.

Wigan began the second half in desperate search for the first points, and looked rejuvinated in creating early chances and enjoying the majority of territory and possession.

But a short ball to Rob Parker quickly relieved any pressure, and Bob Beswick was in support to take the ball and provide a run around for Parker to finish the move just short of the Wigan line.

Indiscipline was to cost Wigan again though, as referee,Ben Thaler penalised Anthony Gelling to put Leigh in a scoring position. Matt Gardner crashed over from short range to capitalise on the chance.

The Valvoline Cup champions remained undeterred, and a break on the right by Matt Crow allowed the supporting Shae Lyon Fraser to score in the corner, taking out the corner flag under the close scrutiny of the persuing defence. Murphy couldn't hit the extras from out wide,and the score stood at 26-10.

The Northern Rail Cupholders then sent Littler in to score before Wigan's Sam Powell showed class beyond his years when he strolled in under the posts.

But it was Leigh who finished the scoring when scrum half Ryan Brierly added to Matt Gardner's 2nd of the night.