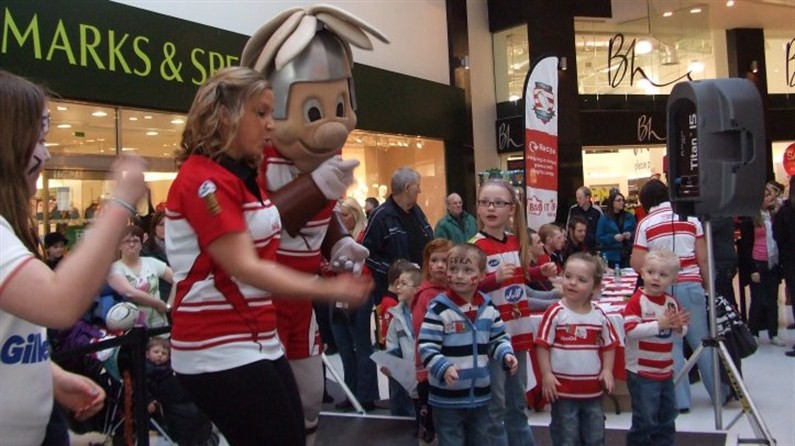 Don't forget that Wigan Warriors are set to team up with The Grand Arcade and Wigan Leisure and Culture Trust for the first Warriors Roadshow of 2012. The roadshow is set to take place at the on Saturday 28th January, just one week before the opening round of the new Super League season when Wigan take on Huddersfield Giants.

The Roadshow will take place next to HSBC bank inside the Grand Arcade in Wigan Town Centre, kicking off at 12pm until 2pm. The event will also form part of a Healthy Living Day in the centre with stores and promotions encouraging shoppers and fans alike to think about how to be healthier in 2012.

The fun will also feature the Berkley Warrior Girls, Mighty Max, and their will be fun for all the family with music, interactive healthy related games, giveaways and prizes to be won including tickets to the Super League home opener between Wigan and Huddersfield. There will also be guest appearances from Warriors captain Sean O'Loughlin, who will be joining in the fun as well as signing copies of his testionial brochure which will be available to purchase on the day.

The Warriors Roadshow is free for all, so make sure you get down to the Grand Arcade in Wigan from 12pm tomorrow.