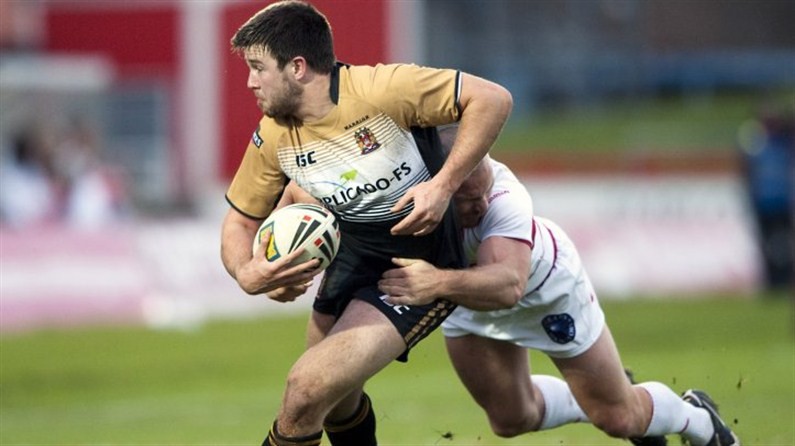 Centre Darrell Goulding played his second pre-season game for the Warriors at Salford on Tuesday and afterwards admitted there are area the team need to improve on before the season gets underway against the Giants on the 5th February. He told us,

"We were a bit disappointed with the way we played, we dropped a bit of ball which mean't we had more defence than we would have wanted to, there is alot for us to work on this week.

"We managed to score some points from things we've practised which is pleasing and probably defensively the coaching staff will find some plus points.

"We now have ten days before the season starts, I think we are pretty much ready, this was just one of those days, I am sure we will be ready for a week on Sunday."

Darrell admitted there is competition for places in the squad and each week the players will need to be at their best,

"For me personally I am getting my match fitness back, probably the seventeen that figured tonight will get the first crack for the Huddersfield game but that's up to Shaun to decide, players know they need to perform well to keep their places."