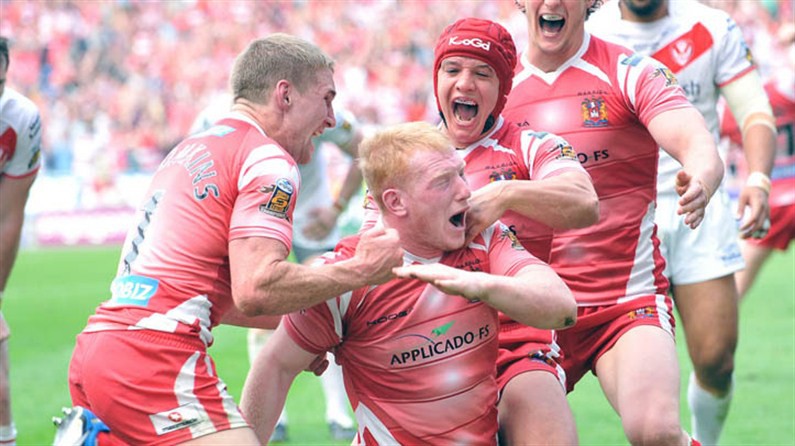 In Part Two of our review we look back at the months of April and May in Super League.

The opening game of the month at Headingley-Carnegie was a cracker, Wigan were 22-4 down and fought back and earned a valuable point with a Sam two-pointer. This was followed by a disappointing performance at home to the Dragons, a team that Wigan were to lose twice to in the regular rounds .A good win at Hull KR was followed with the news of Michael Maguire's departure at the end of the year.

The Good Friday home win over Saints was a real gem and this was followed on Easter Monday with a comfortable success at Wakefield.

Wigan won all three Super League games in May against the Crusaders on the road and at the DW against Quins and Hull KR. Wigan also began their Cup campaign with success against Barrow and Bradford.

Wigan with a fantastic fight-back from 22-4 down to earn a valuable point with a last gasp Sam Tomkins penalty.

Wigan were well beaten by a convincing Dragons performance in which veteran Steve Menzies was outstanding for the French side. The game saw the return of Pat Richards for the first time since the 2010 Grand Final.

A solid and deserved win against Rovers on the day it was announced that Head Coach Michael Maguire would be leaving the Club at the end of the season to head home to take charge of South Sydney.

A sell-out Easter crowd sees the Warriors grab a late winner through a Liam Farrell touchdown.

Wigan are too strong for their Yorkshire opponents, a comfortable win a couple of days after a tough fixture against Saints.

A comfortable win in the North Wales sunshine, Sean O'Loughlin celebrated his 250th appearance for the Club by kicking the final conversion of the game.

Wigan were 42-0 to the good at the break as they swept past the Quins, the Londoners made more of a contest of the clash in the second half.

Sam Tomkins and Pat Richards starred with hat-tricks over a determined Rovers side; George Carmont grabbed his 50th try in Wigan colours.