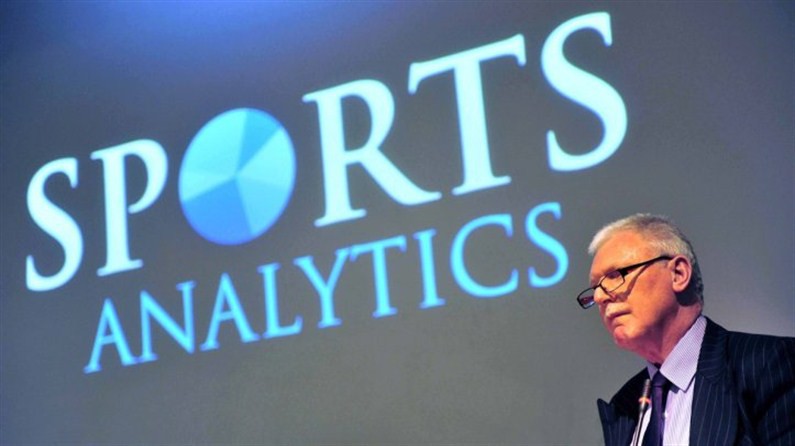 Rugby League was among the sports represented at the UK's inaugural Sports Analytics conference that took place last Wednesday in Manchester.

Wigan Warriors Chairman Ian Lenagan was part of an impressive line-up of speakers at the groundbreaking conference, which has been hailed as a tremendous success by organisers and by delegates who attended the day long event at Manchester Business School.

The Warriors' supremo highlighted the role performance analytics played in the transformation of the Wigan club that he lead after his takeover in 2009, which saw the Club rise to Super League champions in 2010 and Challenge Cup Winners in 2011.

The conference which was created by The Sports Office, a consultancy which provides online sports performance management tools used by leading clubs and sports organisations, allowed attendees from the UK and Europe to hear a range of speakers who demonstrated the scope, power and capability of sports analytics.

Other speakers included Professor Bill Gerrard, who is recognised as a world authority in the area of statistical performance analysis and evidence based coaching. He was joined by Opta Sport's Data Collection Director Rob Lowe, who gave a presentation on the influence of match officials in both codes of rugby based on statistical analysis.

The event also featured a unique presentation by four of Manchester City's analysis department. Simon Wilson, David Fallows, Gavin Fleig and Ed Sulley produced a fascinating overview of the evolution of analysis in professional sport and illustrated the huge potential the discipline has to contribute positively to a major sports organisation.

They also looked into the future of sports analytics and gave an insight into their collective experience of working within the discipline.

"We are delighted with the success of the event and we believe the inaugural sports analytics conference has already achieved a great deal in terms of creating an opportunity for sports professionals from the high performance sector to understand more about the huge power and tremendous value of analytics to their organisations.

"The quality of the presentations and the networking that took place at conference are set to be a springboard for further critical thinking and innovation in professional sport.

"One of the main messages that emerged from the conference was that the principles of analytics are accepted and used in many major industries and these same principles could and should apply in all sports".

Clarke - a former Great Britain Rugby League captain who is also an expert summariser with Sky Sports - added:"The event was attended by representatives of leading clubs in UK and European football as well as both codes of rugby.

"Cricket and several of the Olympic sports were also represented and we believe that they will have taken away a strong impression of the power of analytics has to help them improve their athletes and get full value from all their coaching and preparation".

There were also fascinating contributions during the conference by performance expert Fergus Connolly, Decision Technology's Ian Graham and Nick Broad from Management Analytics. The event culminated with a Question and Answer session involving a panel including former Chelsea FC analyst Steve Houston who is now working in the Bundesliga with Hamburg SV.

And Phil Clarke also expressed his thanks for the assistance the conference received from Manchester Business School (MBS) who are hosted and supported the event.

"We would like to thank the team at Manchester Business School for the tremendous support they have provided.

"They have given us every assistance in the build-up to the Sports Analytics conference and have been superb partners as we developed and shaped the agenda and the range of speakers."