Sam To Star For Barbarians 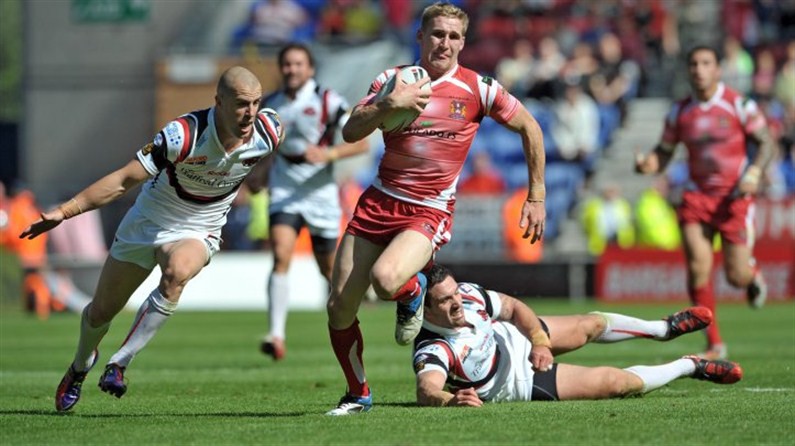 Wigan Warriors are pleased to confirm that Wigan and England Full-Back, Sam Tomkins, has been selected to play in the forthcoming Barbarians Rugby Union Team against The Australian Wallabies at Twickenham on Saturday 26th November.

Sam also becomes the first contracted Rugby League player to be selected for the Barbarians and will play at full-back in this prestigious meeting between two of the biggest names in the 15-a-side code.

The news comes just two weeks after Sam committed his long term future to Wigan Warriors and Rugby League by agreeing a new Five-Year Deal with the Challenge Cup Holders which includes a clause which pledges Sam to Rugby League for at least 3 years.

"For Sam, Wigan and Rugby League to be recognised in this way by the other Rugby Code is indicative of the talent which Sam has and the growing recognition of the attractiveness and skill demonstrated consistently by Rugby League each week. It also shows the growing profile and respect shown to Rugby League and Wigan."

"The game itself is a great opportunity for Sam to play with and against some of the biggest International names in Union and will show Rugby Union fans what a tremendous talent he is.

"The Wigan Club was quick to give permission for Sam to play, a decision which fits well with previous Wigan creative initiatives in the Middlesex Sevens, the dual-code games against Bath Rugby Union and the recent Partnership announced with Saracens."

Sam will link up with the Barbarians squad on Tuesday for the game on Saturday before taking a well-earned break. He will then rejoin his Wigan Warriors team-mates in Florida in December to prepare for the 2012 season.