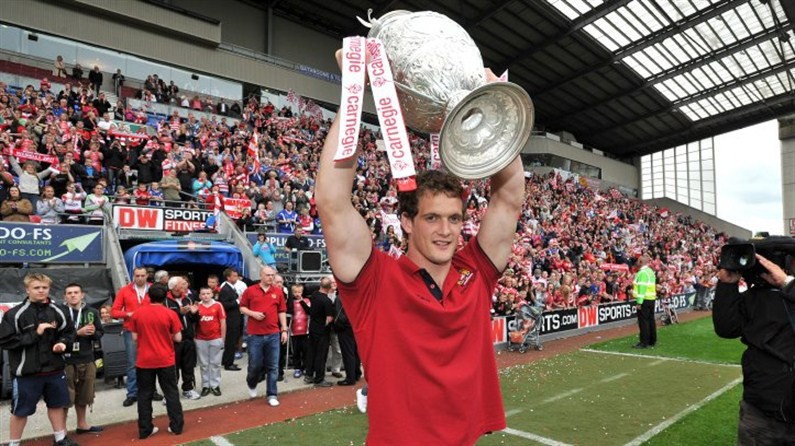 Wigan returned jubilant to the town on Sunday afternoon as thousands of fans turned out to celebrate the team winning the 2011 Carnegie Challenge Cup at Wembley Stadium.

The team boarded an open top bus and travelled down Warrington Road and were met by a sea of cherry and white all the way to the DW Stadium where both the East and West Stands were packed with delighted fans.

Head Coach Michael Maguire thanked all the Wigan fans for their magnificent support at Wembley,

" They have been fantastic again, to see them all at Wembley and again here today is something really special. We enjoyed our celebrations last night but it's back down to business again on Monday as we look forward to Warrington next weekend."