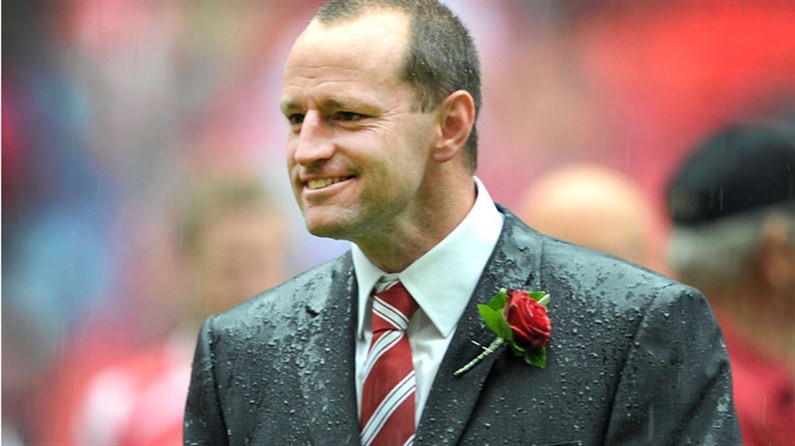 Wigan beat back a resurgent Leeds side as they were crowned Challenge Cup champions with a 28-18 victory.

Michael Maguire admitted that the tension in the game got to him,

"There were definitely some anxious moments, I probably wasn't as anxious as the players were but the character of this group they continue to stand up for each other and it showed today.
Unfortunately we gave up a little more ground in the second half but the boys have a real spirit about them and it paid off."

Warriors captain Sean O'Loughlin was expecting a tough game but he always knew Wigan had what it took,

"There is always that little bit of doubt but we believe in what we do and we knew eventually we'd get over the line. They made us work for everything we got and we knew they would but the most important thing is that we defended well and restricted them."

"We started very well and they did well to come back and get ten points before half time because we could have been further in front.

"Second half we did what needed to be done, we didn't play our best rugby but we got the result in the end"

Jeff Lima became the first prop to win the Lance Todd trophy since the 1980's and he recognised the importance of the team in his success.

"I've been off the radar for a while so it was nice to be in the right place at the right time. It's a unique opportunity, I can't put into words how I'm feeling. Credit to the boys we put in the hard yards and it's paid off. It will probably hit me tomorrow what we've done. I just did my job, the boys helped me out and I'm lucky now to have this Lance Todd trophy."

Maguire though was keen to praise Lima for his outstanding efforts,

"He's been improving week in week out has Jeff. I knew before he got here what he was capable of and he's playing some excellent rugby league for us.

"He's a big part of the character of thus group and he just keeps working hard."

The Challenge cup success didn't come easy for the cherry and whites though and Maguire revealed just what some of the players went through.

"We've got some pretty inspirational people, for instance Josh Charnley staying out there with a bone protruding from his hand, he stayed on the park. Lee Mossop dislocated his shoulder, Lockers had a sore hammy and they all stayed out. We needed to keep defending and they did that."

"I probably didn't enjoy everything that went on around the game but I enjoyed watching the boys at the end and that's what matters. I enjoyed the ups and downs with the players but they put in the hard yards. We had one hell of a ride today."

"Credit to them, a lot of people don't understand how hard they work in the background but when you get opportunities like today and they perform like that through the ups and downs its well worth it."

O'Loughlin also said, "It's hard to put in to words how it feels, with the history of Wigan in the challenge cup and winning it means you've followed a lot of great players and teams that come before you."