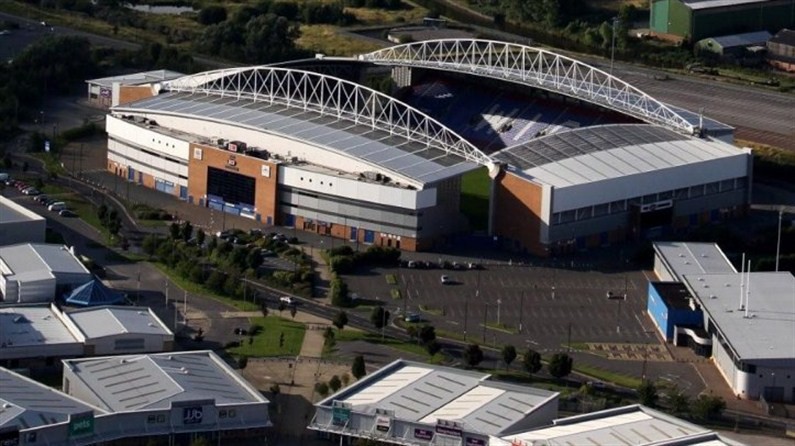 Wigan Warriors, in association with Wigan Council,are holding a the Wembley Homecoming Event at the DW Stadium on Sunday from 2.30pm.

The event which is free of charge will see Wigan Council, Wigan Warriors and its fans celebrate the team winning the 2011 Carnegie Challenge Cup Final at Wembley..

The West and East Stands will open from 2.30pm with unreserved seating. The team are expected to return to the Stadium between 3.30pm and 4pm approximately, dependent on traffic following their return from London.

There will be free car parking in the Stadium Car parks and food and drink will also be available in the concourses. The South Stand Bar will be open from 2pm until the team arrival for 2011 Season Ticket Holders only (please bring a season ticket access card as proof).

The team will board an open top bus on the A49 Warrington Road and travel to the DW Stadium, turning left at the Saddle Junction along Robin Park Road and down Stadium Way, where fans are expected to line the streets to welcome home the Warriors.

The fun afternoon will include live entertainment, music from local band Boomin, click here for more information on the band , the Berkeley Warrior Girls and Warriors mascot Max. On stage, host Stewart Williams will be joined by Graham Lovett and presenter of Wish FM programme ‘Gerrum On Side', Roy Basnett.

The Warriors squad will then return to the Stadium and enter the pitch where interviews will take place with the coaching staff and players.

"We are delighted to put this event on and welcome back the team and its fans to Wigan on Sunday afternoon, hopefully with the Carnegie Challenge Cup! It is a great achievement to get to the Final and the team are having another wonderful season after last year's Grand Final success."

Following the events on the pitch there will then be an official Civic Reception hosted by the Mayor of Wigan for invited guests.