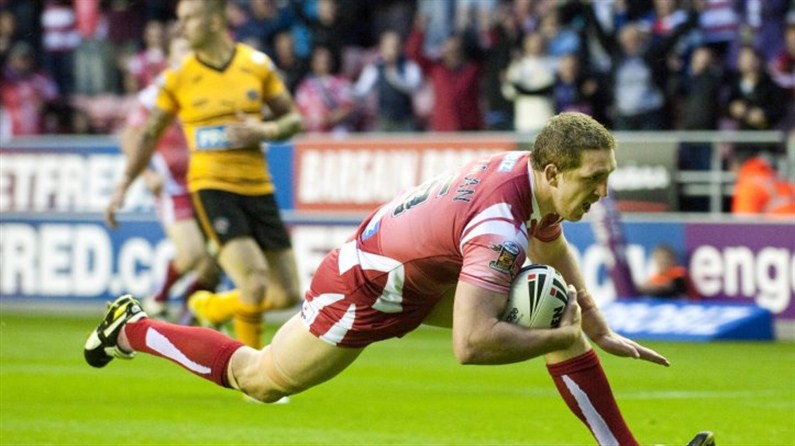 Ryan Hoffman has played in some huge games back home in Australia which include both State of Origin, playing for the Kangaroos and Grand Finals with the Storm but this weekend playing for Wigan at Wembley is right up there as a career highlight for the strong running second row forward,

"I said to my dad and I've said to other mates that getting the chance to play at Wembley will be up there with the pinnacle of my career.

"To get this chance is something I'm really going to enjoy but I'm also going to make sure I put in a good performance because there's no point going down there if you're not going to play well."

Opponents Leeds have had a bit of a rollercoaster season which included a loss last weekend in London against Harlequins but the two Super League meetings with Wigan couldn't have been closer with a 22 all draw at Headingley and a narrow 26-24 success here at the DW and Ryan is taking no notice of any formbook,

"Both teams are in great form in this competition. Leeds are undefeated in the Challenge Cup this year and so are we. Even in Super League we've had some close tussles with Leeds.

"Favouritism goes out of the window in finals. When you get two class teams playing against each other, it's the team that prepares the best and turns up on the day with the right attitude that will count."