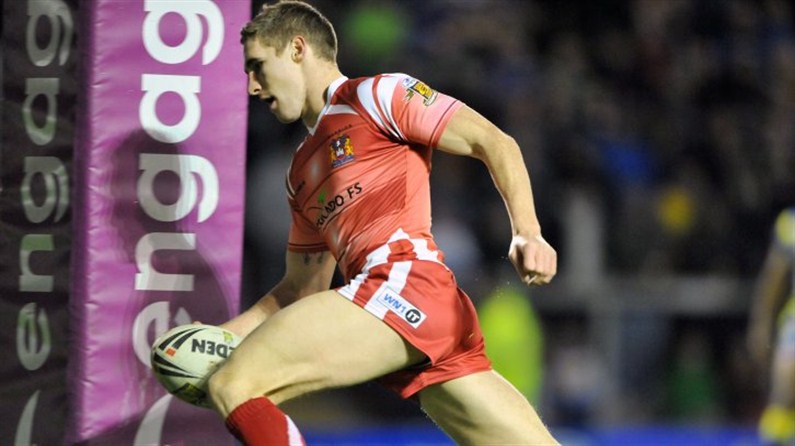 It was another man of the match performance from Sam Tomkins as Wigan came away with a Friday night win against Hull FC at the KC Stadium.

Sam scored two tries, the second late on to seal the win, that after he had been forced to leave the field with a shoulder problem. Thankfully he returned after the break and speaking afterwards Sam said,

"The main thing was the effort from all the lads, a few lads had a couple of knocks. We have a big game next week and it was hard to keep our minds off that but we dug in, Hull pushed us all the way and we came through.

"These are the kind of wins you need to get, this is a tough place to come and they are a big strong team and I thought we handled it well."

On the injury Sam said,

"It wasn't a major problem, I just went off to get it checked, but it was fine so I came back on with no problems."

Don't forget you can bid for Sam Tomkins 2010 Grand Final Winning Boots with all proceeds to the Bailey Foster Appeal, to bid click here