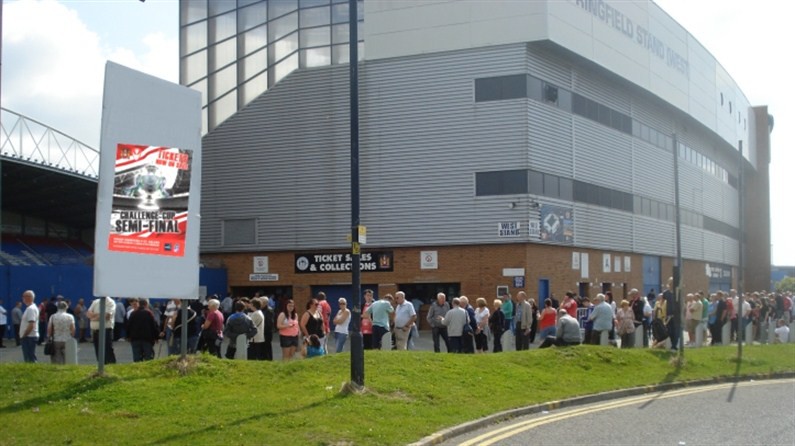 Season Ticket holders turned up bright and early at the DW Stadium today to get their hands on tickets for the Carnegie Challenge Cup Semi-Final against St Helens at the Halliwell Jones Stadium on Saturday 6th August.

It was an extremely busy morning at the ticket office with both personal callers and fans on the phone but the queues have now gone and there are still plenty of terrace tickets available for the tie.

Terrace Tickets can be purshased in person at the DW Stadium, by calling 0871 66 33 552 and online Click Here.

The Club have this afternoon received an additional allocation of seats for the game and these are also available for purchase.

There were some minor problems initially with the Ticket Office Hotline and the Club would like to apologise to any fans if they experienced this.

Official Coach travel to Warrington is also available to buy.

Tickets remain onsale to 2011 Season Ticket Holders for the rest of today and tomorrow as well as members from Thursday before any remaining tickets are released for General Sale on Friday.