Sam Named Player of the Round 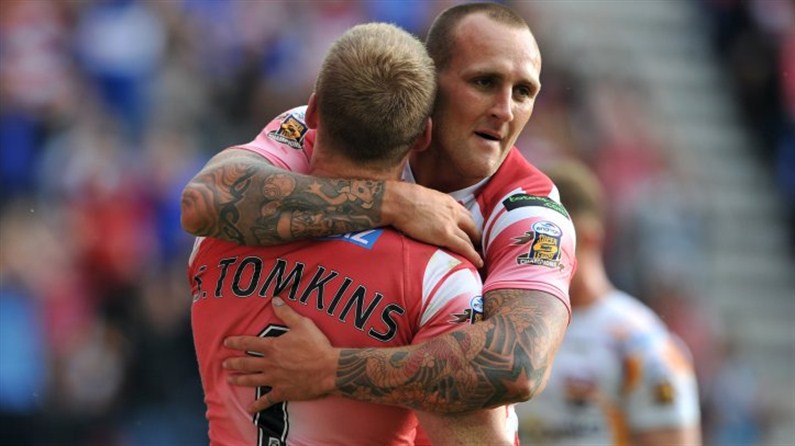 Wigan Warriors full-back Sam Tomkins has been named Frontline Player of the Round following his outstanding display in Wigan Warriors' 46-12 Engage Super League Round 19 victory over Huddersfield Giants.

The England international scored a scintillating hat-trick of tries to amass the highest score on the Index so far this season, 1,335 points - an incredible 404 points more than second-placed Jason Chan, the Crusaders second row.

Tomkins ran the ball for 209 metres, made 27 carries, 12 tackle busts, three tackle busts and one try assist in an outstanding display for the defending champions.

His Frontline Index points haul elevated Tomkins above St Helens hooker and England team-mate James Roby at the summit of the index for June. Another England player, Jon Wilkin of St Helens, is third overall in June. Roby remains the highest scoring player of the season overall with a total of 15,118 points, 2,106 more than second-placed Tomkins.

Six players from East Yorkshire feature in the Frontline Index team of the round from last weekend: the Hull Kingston Rovers quartet of Jake Webster, Blake Green, Rhys Lovegrove and Clint Newton and Richard Whiting and Richard Horne of Hull FC.

Points are calculated from every action made by players with every involvement given a points value depending on the importance and frequency of the action. For example a try would be the highest scoring value, with actions such as tackles and carries scoring smaller values. Mistakes such as handling errors or penalties conceded would incur negative values.