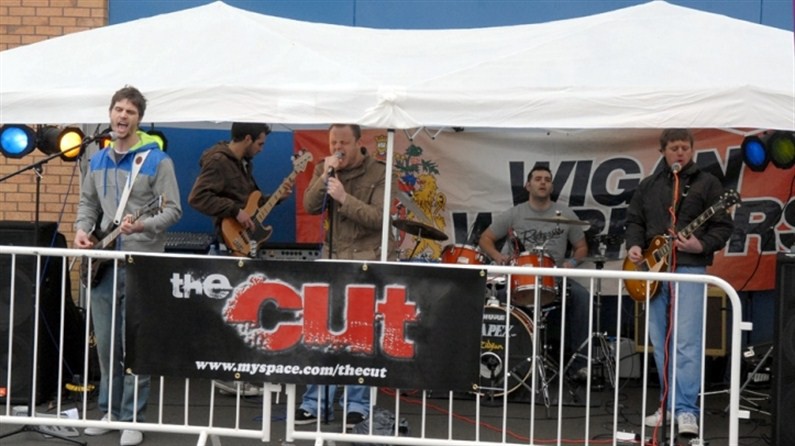 (Pictured are The Cut performing on the Showcase Stage earlier this season).

Entertaining the arriving fans passing the Wigan Warriors Showcase Stage before Monday's game (30th May) against Hull KR are Good Time Charlies, who will be making their debut performance on the stage.

The band only formed at Christmas 2010 whilst attending Wigan & Leigh College's School for the Arts for the last 3 years, taking the National Diploma course in Music. They have been gigging now for the last 6 months.

Whilst the band are sure to put on a good performance, they already have split loyalties, Lester: told us "We are really looking forward to playing the Showcase on Monday and watching the game afterwards. A couple of the band are Warriors fans already, whilst Rachael our singer is a Leigh Centurions fan through and through...she even used to be the mascot!"

Hopefully she will manage to find some neighbourly love and become a Warriors fan for the day.

You can find out more about the band here: http://nwb.co/goodtimecharlies

The band will be performing on The Wigan Warriors Showcase Stage located opposite the South Stand Bar around an hour before KO @ 6.30pm.