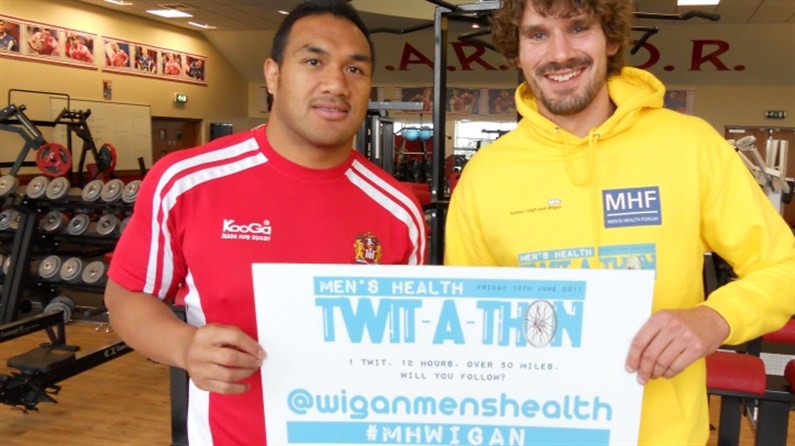 On Friday 10th June, the Wigan players will be backing Health Improvement team member, Charlie Lowe's mission to cycle over 50 miles in a bid to raise awareness of men's health issues on our doorstep.

The 12 hour ‘twit-a-thon' will kick-off at 8am, live on Wish FM before Charlie takes to the Wigan roads and commences on the mammoth cycling challenge ahead. Stopping off at numerous locations on his travels; The Warriors High Performance Training Centre, workplaces & Wigan landmarks, Charlie will be detailing his journey and all those he meets via a live feed on social media giant Twitter.

@wiganmenshealth hopes to recruit hundreds of followers on the day, all of whom will be entered in to a free prize draw at the end of the crusade by show of appreciation for their support. Signed sports memorabilia, match tickets, gym memberships and loads of other great things are up for grabs just for a simple follow.

To show your support or get involved in the day itself, follow in our footsteps by contacting Charlie on Twitter @wiganmenshealth or call 01942 481739.