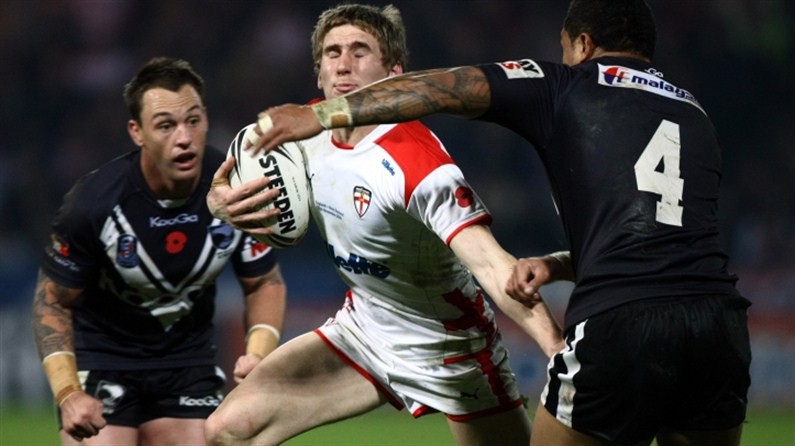 England Coach Steve McNamara has today named his England side to face Australia in the must win Four Nations Clash in Melbourne on Sunday and all five Wigan players in the squad have been named in the seventeen.

Sam Tomkins has been switched from stand off to full back, Sean O'Loughlin moves from loose forward to stand off, Darrell Goulding remains on the right wing, Joel Tomkins moves into the starting side with Stuart Fielden on the bench.

Elsewhere there are three new caps in the side, Huddersfield's Leroy Cudjoe replaces the injured Michael Shenton in the Centre,, Shaun Lunt of the Giants also gets a start as does Warrington's Ben Harrison.

We have picked a team we think is the right team to play against Australia,

"We are very comfortable with the team, this team is more suited to this game than the one we selected last week.

"I'm very happy with the personnel who will play Australia. This is a wonderful opportunity for some of the young boys who haven't played in the last couple of week but who have been impressive in the way they have prepared with the squad.

England side to face Australia