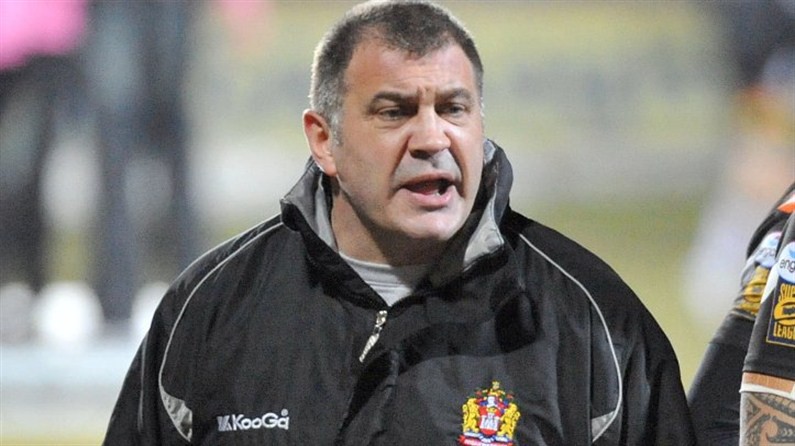 Shaun Wane has today confirmed his 19 man squad for Friday's engage Super League clash away to Leeds Rhinos at Headingley-Carnegie, 8pm kick off.

Shaun has been forced to make one change from the squad that defeated Hull last week 46-0 with Paul Prescott ruled out with a slight facial injury, young prop Ben Davies is his replacement.

Still missing with injury are Michael McIlorum (ankle), Amos Roberts (knee), Phil Bailey (achilles) and Eamon O'Carroll (groin). Eamon has now returned to full training and could figure in the 20's game at Leeds on Friday which is a curtain-raiser to the first team game.