Super League Round Up 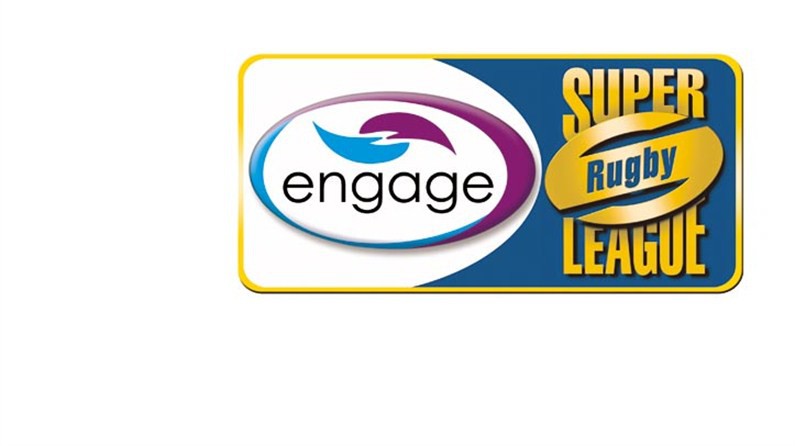 St Helens demonstrated their class with a 24-6 victory over fellow high-fliers Huddersfield to leapfrog them into third place in engage Super League.

Saints used a stiff breeze at their backs to establish a 10-0 half-time lead thanks to a pair of tries from winger Francis Meli.

Scott Grix gave Huddersfield hope with his fourth try of the season, converted by Brett Hodgson to make it 10-6.

But Kyle Eastmond kicked a penalty, then added the extras for what proved to be James Graham's clinching 66th minute try.

Eastmond then made sure two minutes from time with a try of his own.

Salford turned in a dominant second-half performance to earn only their second win of the season as they defeated Hull 27-20 on Saturday.

Tries from Sean Long, Kirk Yeaman and Epalahame Lauaki had earned Hull a 16-12 lead at the break and they were looking good to move into third place.

But Salford fought back to level at 20-20 thanks to two tries from Karl Fitzpatrick to add to earlier efforts Adam Sidlow and Jodie Broughton.

Broughton then crossed again and Daniel Holdsworth added a touchline conversion before sealing it with a drop goal to give coach Shaun McRae victory over his former side.

Catalans Dragons got their season back on track with a 16-10 win over Hull KR at Stade Gilbert Brutus.

They had to withstand a late Rovers rally, with the East Yorkshire side scoring two tries in three minutes after it had looked as though they were going to be nilled for the second time this season.

The French side surged into a 16-0 lead early in the second half thanks to tries from Steven Bell, Cyrille Gossard and Dane Carlaw, plus two Thomas Bosc kicks.

Rovers hit back late on with scores from Kris Welham and Jake Webster, but it was too late in the day.

Darrell Goulding scored twice as resurgent Wigan produced a strong second-half showing to pile on the misery for troubled champions Leeds with a 24-4 win on Friday night.

George Carmont and Joel Tomkins also got on the scoresheet as the competition's early leaders claimed a hard-fought win over the injury-ravaged Rhinos at the DW Stadium.

The match had been deadlocked at 0-0 for 34 minutes until Carmont found his way through for the opener.

Leeds - who were aggrieved to have had an earlier try ruled out by the video referee - replied through Ryan Hall early in the second half.

But that merely prompted Michael Maguire's impressive new Wigan outfit to turn up the heat and they powered to victory.

It was another dispiriting result for the Rhinos who, after three consecutive title successes, have now lost five of their opening eight league games as well as the World Club Challenge.

Chris Riley scored a hat-trick as Warrington Wolves returned to winning ways with an emphatic 32-16 victory over Wakefield Trinity Wildcats.

Warrington - whose three-game winning streak came to an end against St Helens last week - were clearly the superior side in the first half with Riley twice going over in the left corner and further tries for Chris Bridge and Ryan Atkins.

Tries from Michael Korkidas and Aaron Murphy gave the visitors hope of a second half comeback.

But, despite Sam Obst's crossing for Wakefield, the hosts overran their opponents with Riley claiming his third try, Atkins grabbing a second and Bridge adding a conversion to his three successful kicks in the first half.

Elsewhere, Bradford secured a 19-12 victory over rock-bottom Harlequins - but they were made to work every inch of the way for it.

The visitors led through Chris Melling's 13th-minute score but the Bulls responded immediately through Michael Platt and Brett Kearney edged them in front shortly before the break.

Steve Menzies added a third in the 52nd minute to give the Bulls a little breathing space but a fine breakaway try from Danny Orr which Luke Gale converted set up a tense finish to a low-quality encounter.

However, Matt Orford landed a late penalty and drop-goal to seal Harlequins' seventh defeat from eight games this season.

In the other match of the night, Castleford managed their first home win of the season - 22-16 over the Crusaders at The Jungle.

Tries from Kirk Dixon, Ryan McGoldrick and Joe Westerman put the Tigers in a commanding position at the break.

Westerman added a penalty after the interval but tries from Jason Chan and Weller Hauraki sandwiched a Jordan Thompson score and made for a nervy finish.