The kick from Mark Sneyd was enough for the visitors to take the two points, despite the hard efforts from the Warriors to level the score through a last-minute Oliver Gildart try.

Wigan opened the scoring in the 8th minute, as Gildart ran through a gap in the Hull defence to go over. After assisting the try, Zak Hardaker added the extras from the kick to put the Warriors up 6-0.

Hull would soon get their first try of the half, with Tuimavave going over in the corner in the 15th minute, leaving the score at 6-4, following a missed conversion from Mark Sneyd.

The visitors wouldn’t be behind for long, as five minutes later, a clever change of direction from Joe Westerman opened the space for him to go over for Hull’s second. With Sneyd successfully converting, his side led 10-6 after 20 minutes.

In the 25th minute, Liam Byrne entered the stage for his Warriors competitive debut since being promoted from the youth team, replacing Ben Flower.

Soon after, Jarrod Sammut also made his first appearance for the club since joining from London Broncos.

Meanwhile a debutant for Hull, Ratu Nauglago, made an impact by getting himself on the scoresheet on the half hour mark, extending the lead to 16-6.

It wasn’t long until Wigan would have a debutant on the scoresheet as well, with Liam Byrne getting on the end of a Sam Powell kick to narrow the deficit in the 34th minute to 12-16. Hardaker added the extras.

Just before half time, Wigan lost a man to the sin bin, as Tautai was shown yellow for a high tackle on Jordan Thompson.

With a failed attempt at a drop goal at the end of the half, Wigan went into the break trailing 16-12.

Only three minutes after half time, Hull made the most of their extra man, as Naulago went over in the corner for his second try of the game and extending the visitors’ lead to 22-12.

It took a while for the Warriors to respond, with the next try coming in the 65th minute. Debutant Sammut assisted Flower to leave his side only trailing by four. Hardaker converted the kick.

With only a minute to spare, Gildart went over for his second of the game to level the scores. With Hardaker’s kick going wide of the post, the game went to golden point.

It was the visitors who would feel the benefit of this season’s new rule, as Sneyd kicked a drop-goal for the vital winner to see his side come away 23-22 winners. 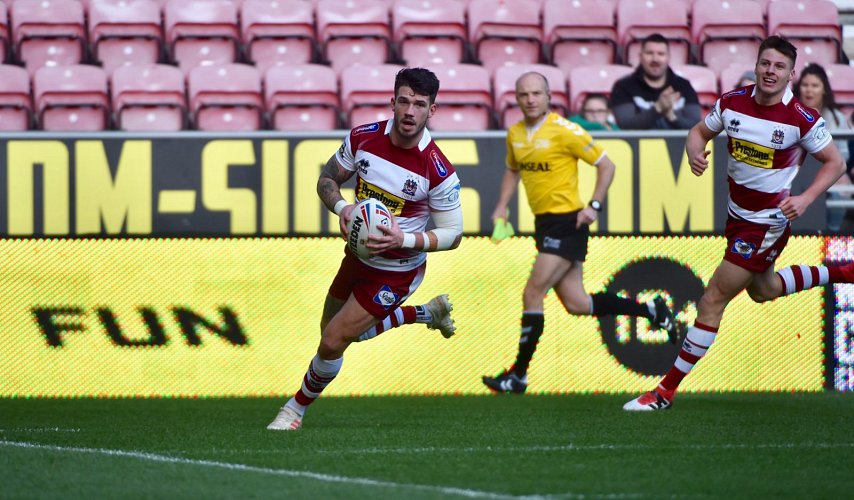 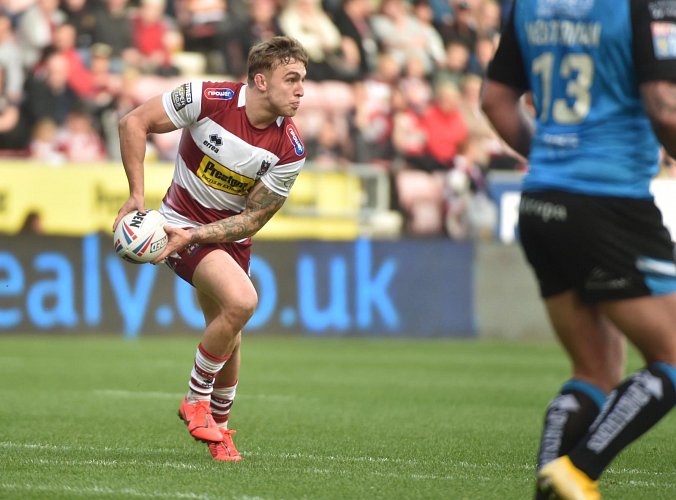 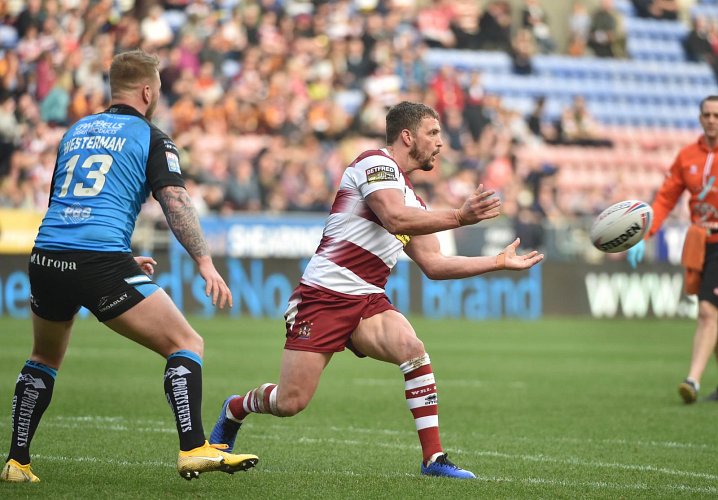 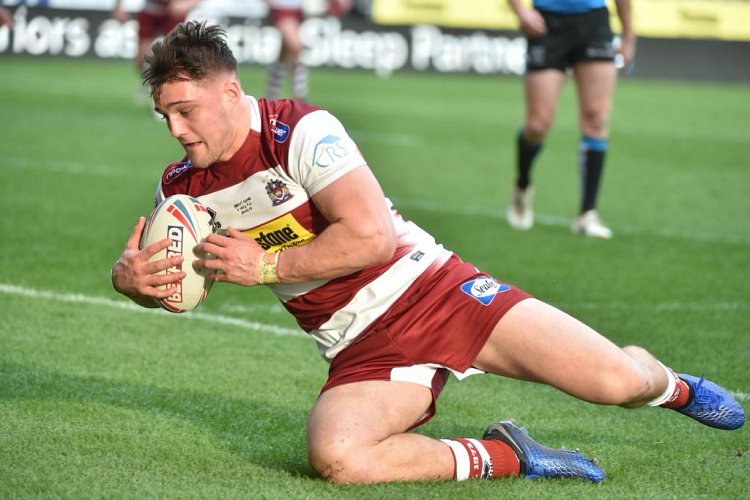 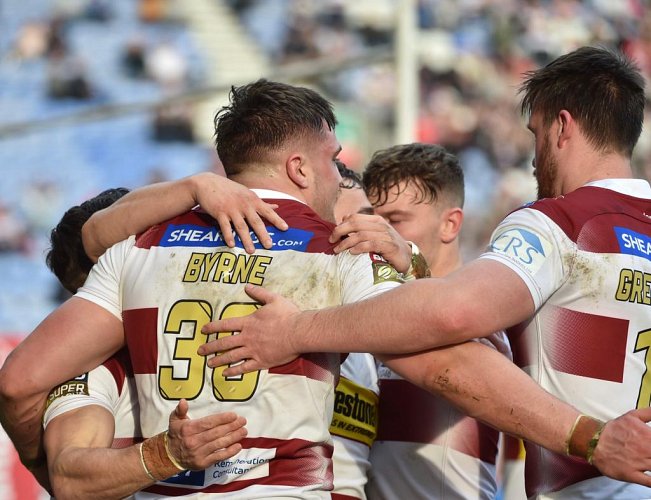 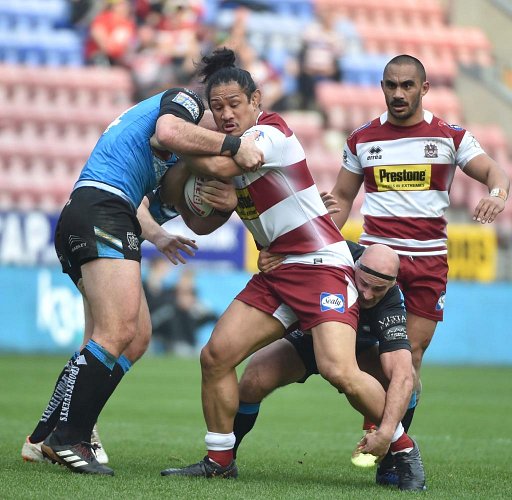 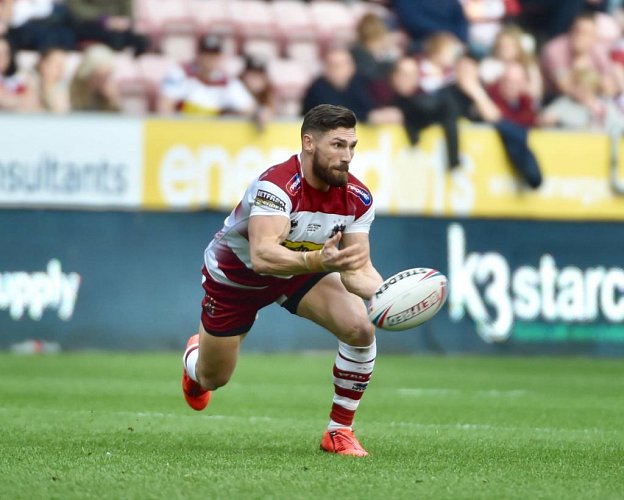 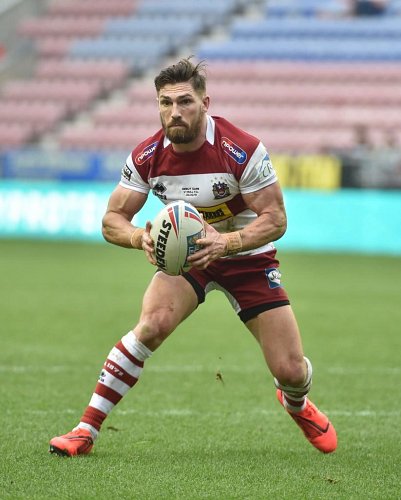 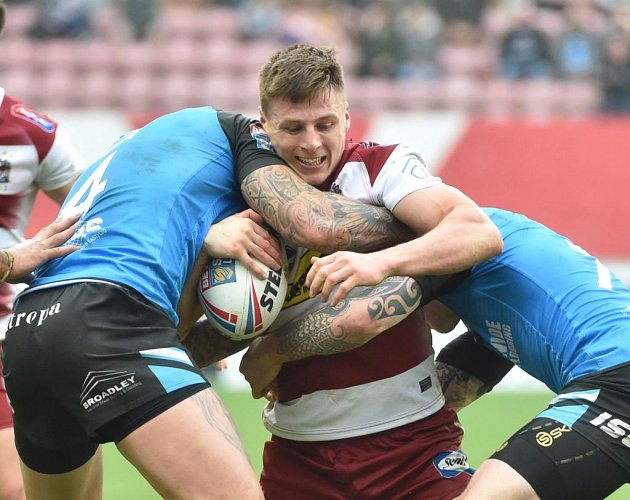 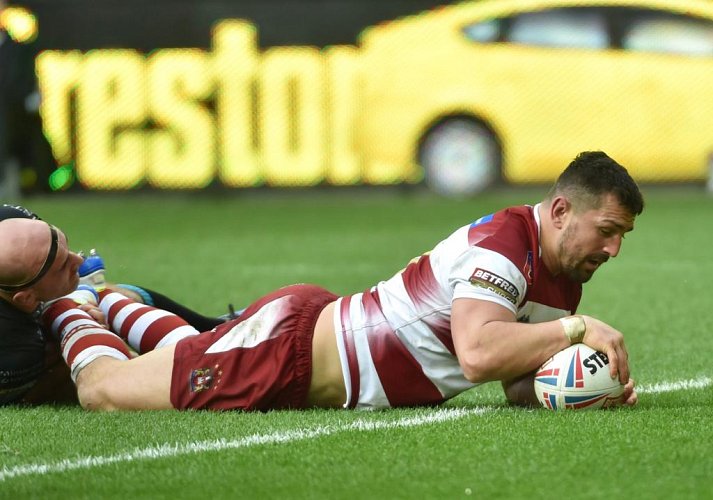 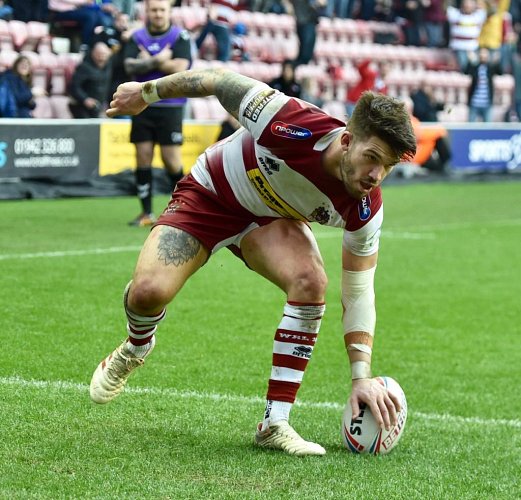 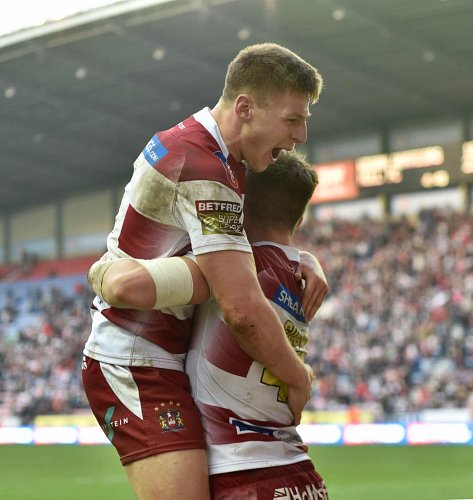 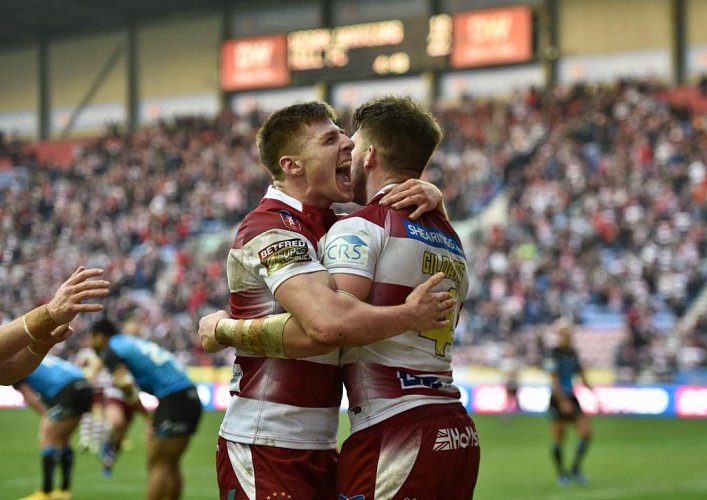 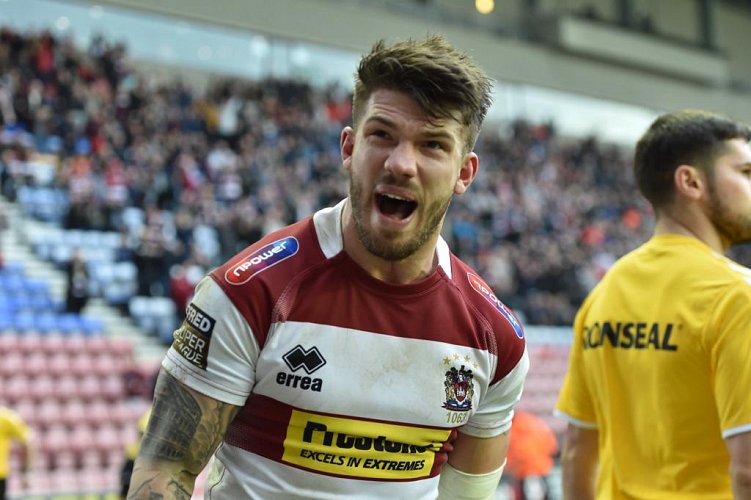