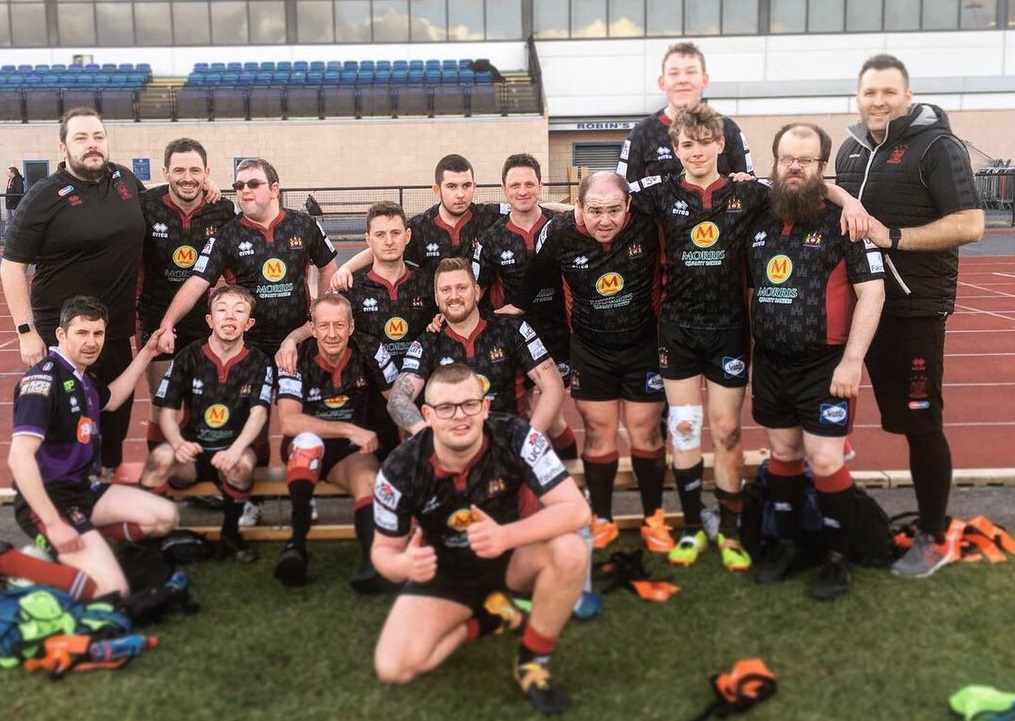 Wigan Warriors opened their Physical Disability Rugby League season with a trip over the Pennines to Yorkshire.

The festival format proposed by the Rugby Football League saw 6 teams competing in the opening round. Playing against established sides in Leeds, Wakefield, Castelford and PDRL World Champions Warrington was a baptism of fire.

The opening game saw the Warriors versus a well drilled Leeds outfit, whom eventually ran out 34-6 victors. Using skill and flare to move the ball around was often thwarted by the resolute Rhinos, until try scorer Ben Seward took the initiative and straighten up to score under the posts, the conversion added by Carl Moore. This brought the score to 18-6 after a tough 15 minutes. The Leeds side used their experience to score a few late tries, expertly converted from the side line to bring the game to a close.

The second fixture saw the Warriors come out on top of a free scoring affair, Ben Seward was on the score sheet again, this time adding 3 tries to his personal tally. All tries converted by Carl Moore saw the Warriors seal a narrow victory 18-16. Their opponents, the Barbarians (invitational side) really tested the Warriors’ defence and lessons learnt in game one came to the fore.

“We are really please as a team that we’ve complete out first couple of fixtures. We’ve learned a lot by coming up against more experienced players and are really looking forward to the next festival”.

“We’ll be back to training this week to fine tune a few of our skills and look at the improvements we can make. The lads really performed well today and showed some real desire and hunger. I’d like to thank the coaching, management and medical team for their support and making this opportunity available!”