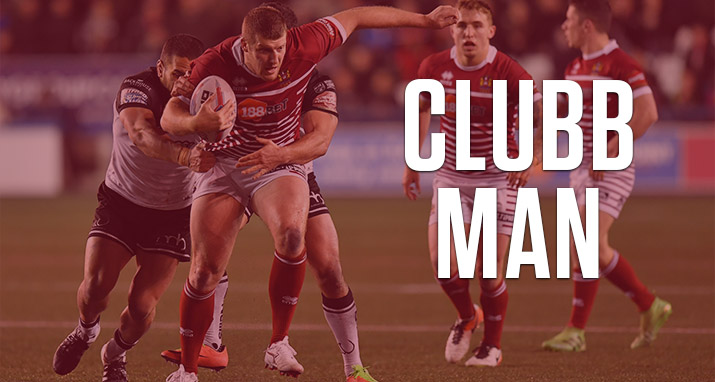 Thanks for the brilliant support over the past few weeks, it’s been good getting a few more wins under our belts, especially being away from home.

We went to St Helens last week, it was exactly what we needed coming off the back of a disappointing Challenge Cup Final loss because you don’t have to gear yourself up for that, derby day is always massive and the determination to win it is always second to none. We knew after Wembley that the one thing we had left to focus on was getting our minds back on the league and getting ourselves in a position to make the Grand Final. To do that, we knew that Saints was a must win match.

We started brilliantly against them, we got ourselves in front early on and we battled hard all game to make sure that we got the result. We scored some great tries on the night, but our defence was pretty good too. The most important thing was that we got the win and got the bragging rights.

We then went to Hull on Friday night, which we knew was going to be tough. We’d talked in the week about how we’d lost Home and Away in the regular season to Hull, they’re a big pack and they’ve done well. It was important that we only thought about our own task though, which was to get the win.

Again, we started really well and got ourselves to a 20-6 lead, but there was a lack of concentration and we allowed Hull to make some momentum and they got themselves in front. We dug in though and managed to get the two late tries to take the win, it was a bit of a scruffy game but an important win in the end.

That took us to 8 wins in 10, which is good for our confidence and shows that we’re going quite well. A few weeks ago people were saying that we’d left it too late but now we’re third and we have two games left to focus, work hard and maintain that top four position. It’s a crucial time of the season now, but we know what we have to do, we’ve shown that in the last few weeks and we’re working hard to get ourselves a semi-final match.

Castleford come to us on Sunday and they’re doing well this season, but we have one aim on Sunday and that’s to get the two points from them. We’ll be wearing a limited edition shirt too, to commemorate Wigan’s win over Manly, so it’ll be nice to wear such a great shirt for the game, and it’ll be even better if we can get the win wearing it.

See you on Sunday,