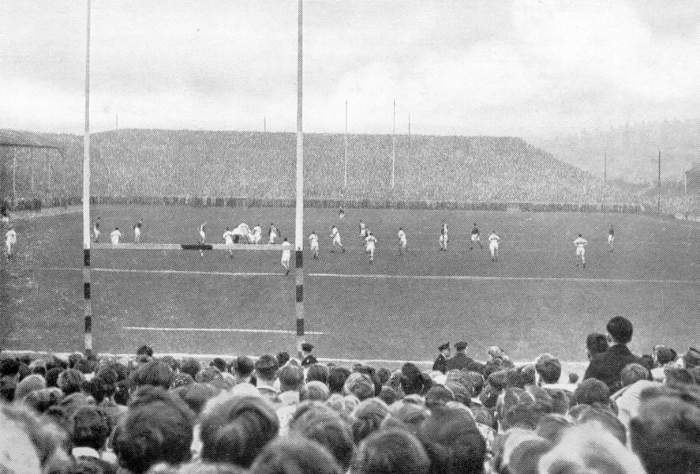 To compile a section to do justice to the history of Central Park would warrant a website of its own. For supporters who haven’t already bought a copy, ‘Central Park Years’ is a must have for any Wigan fan and is the source of the information you find here.

Supporters said farewell to Central Park on Sunday 5th September 1999 after a match where the Wigan side that day beat local rivals St Helens 28-20. 96 years and 364 days after the first game against Batley was played, the most famous Rugby League ground in the world closed its doors for the final time.

In what was dubbed ‘Farewell Sunday’, 18,179 supporters crammed in to pay their tributes to the famous venue (and of course watch the incidental Wigan v Saints game), many donning the perimeter with banners containing hand painted slogans. There were tears and laughter, but the realisation was that following the game that kicked off at 4pm that summers afternoon, none would set foot on the terraces, as they knew them, again.

The visit of St. Helens on 27th March 1959 produced Central Park’s all time record attendance of 47,747, which is still a record for any league game in this country. Prices for stand seats that day varied from four shillings (20 pence) to 5 shillings (25 pence), with the ground admission costing 3s-6d (17 and a 1/2 pence); all of which bought gate receipts of £4,804. Wigan went on to win the game 19-14 after holding off a Saints comeback despite having lead 14-0.

Let There be Light

The Wigan Directors had first considered floodlights as far back as 1951, only to be told that they would need special permission from the Rugby League to play matches using them. The topic was raised several time before 1967 when, due to the ineligibility to play in the BBC2 Floodlit Trophy, they finally decided to act and commissioned plans for a suitable installation. The 120 feet high pylons were constructed in the summer of 1967 and the installation was completed by September.

The lighting scheme which incorporated the turnstiles, toilets, stands and exits costed almost £17,500, but were said to be the best in Rugby League. To celebrate the switch-on of the new lights, Wigan met Bradford Northern in a special challenge match.

Wigan RL became sub-tenants of Springfield Park, which they shared with Wigan United AFC, playing their first game there on 14th September 1901. On this occasion, a crowd of 4,000 saw them beat Morecambe 12-0. During this season, Wigan won the Lancashire Senior Competition.

Designed by architect RT Johnson, Springfield Park cost £16,000 to build and was owned by The Wigan Trotting and Athletic Grounds Company Ltd.

Wigan’s record crowd at the ground was 10,000 on 19th March 1902, when they beat Widnes. The last match took place on 28th April 1902 when they defeated the Rest of Lancashire Senior Competition.

In 1876, the Club was suffering from financial difficulties as well as player recruitment problems. All this led to a merger with Upholland FC and the formation of The Wigan and District Football Club.

In 1877, after approaching Wigan Cricket Club for permission, the new Club played its games at the their ground situated in Prescott Street, off Frog Lane. Unfortunately, the time spent at Prescott Street was short lived as the venture was unsuccessful and within eighteen months, the Club folded.

Prescott Street was bounded by the Lancashire and Yorkshire Railway’s Wigan to Southport line at the Pavilion End, a rope walk which dwarfed the one small stand and Prescott Street itself. The ground’s capacity was 7,000, with club record receipts of £320 being taken.

The Wigan Club first formed as Wigan FC by members of Wigan Cricket Club, after a meeting at the Royal Hotel on 21st November 1872. Back then, they played their games at Folly Field, which adjoined Upper Dicconson Street.

The Rugby Club’s first match took place on 30th November when members played against each other at Folly Field. After a series of trial and practice matches among themselves, they ventured to Warrington on 18th January 1873 to play their first competitive match. It ended in a draw and the Wigan club had established itself in the rugby world. 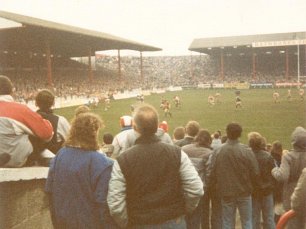 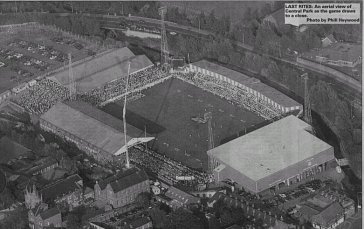 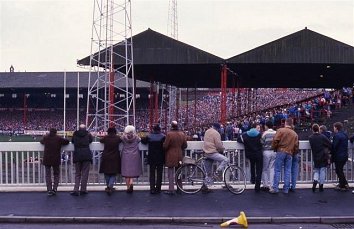 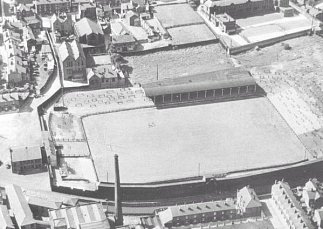 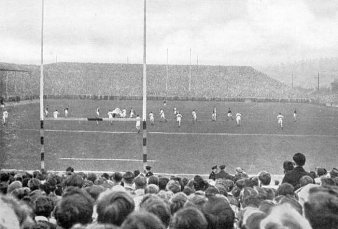 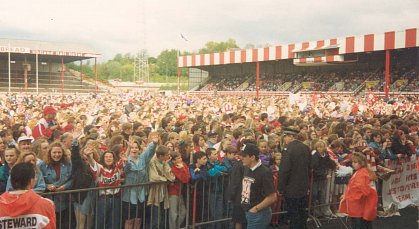 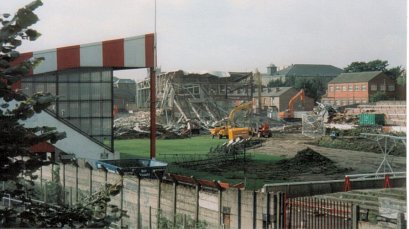 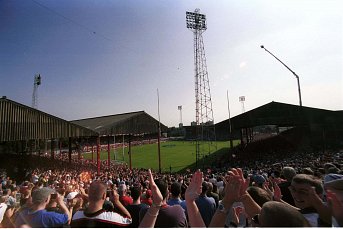