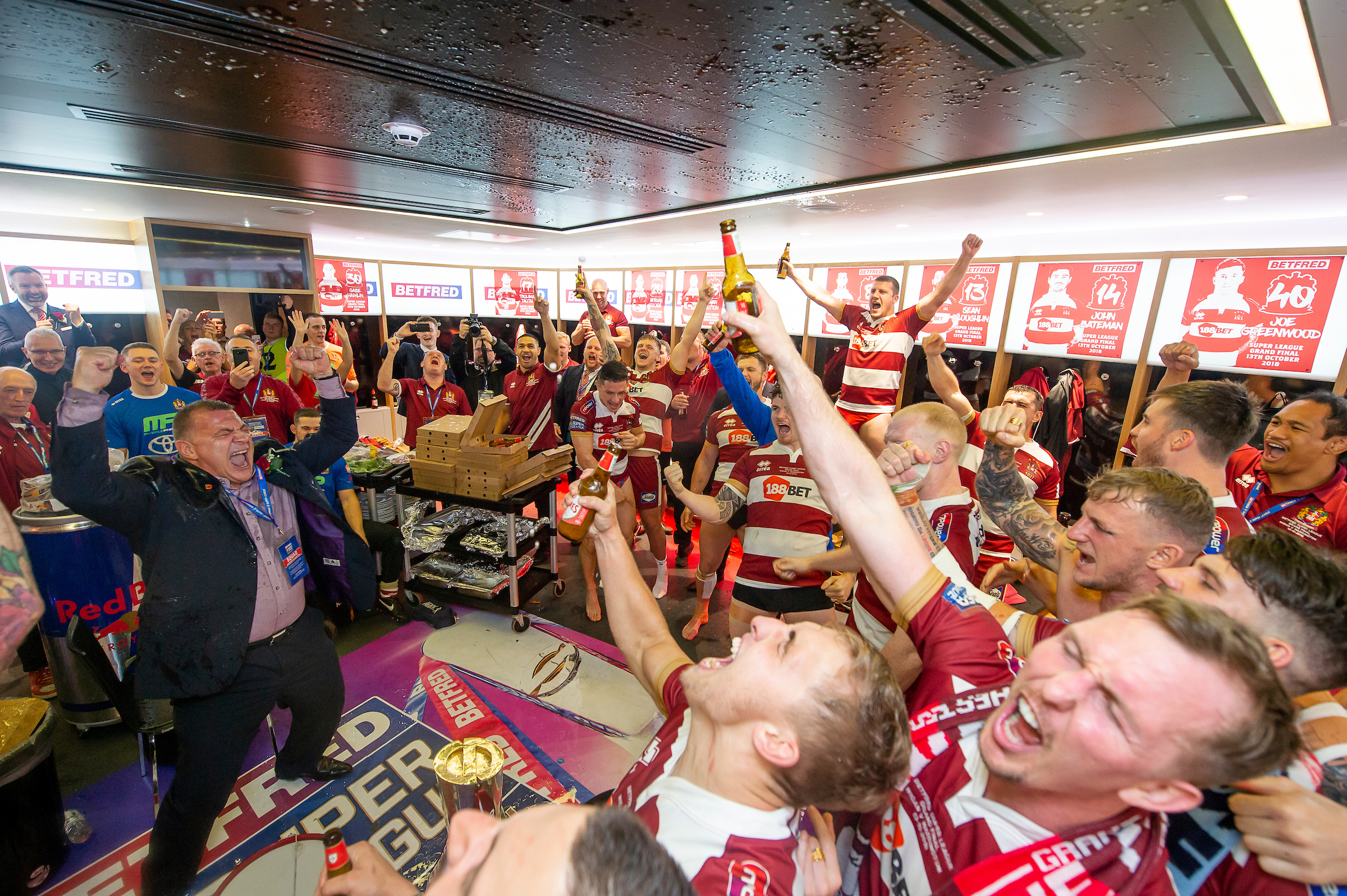 Wigan Warriors Rugby League Football Club is one of the most famous and successful sports clubs in the world. The Club has grown from humble beginnings into one of the giants of British sport.

The town’s first rugby club was Wigan FC, founded in 1872 by a group of members of the town’s Cricket Club. Wigan FC played on Folly Field, near Upper Dicconson Street. Financial problems and an inability to recruit quality players led to a merger with Up Holland FC and the creation of a new club, Wigan and District FC. The new club played its home games at Prescott Street, which was the home of Wigan Cricket Club at the time. Eighteen months later, however, this initial foray into the world of rugby was over and the club disbanded.

In 1879, a new club called Wigan Wasps was formed following a meeting in the Dicconson Arms. This new rugby club evolved into the current Wigan Warriors Rugby League Club we now know today.

The Club initially played in blue and white hooped jerseys before changing in 1886 to the now famous ‘Cherry and White’ hoops that are synonymous with the Club today.

In 1895, the Wigan Club became founder members of the Northern Union following the breakaway from the rugby union.

On 6th September 1902, the Club played at its new purpose built ground Central Park for the first time against Batley in the opening match of the Northern Union’s newly-formed First Division. An estimated crowd of 9,000 spectators saw Wigan beat Batley by 14 points to 8.

The tenure at Central Park lasted until 1999 when the curtain fell on the famous old stadium after a pulsating final clash between Wigan and arch rivals St Helens.

In between those years, the Cherry and Whites brought plenty of silverware back to Central Park, including one Super League Grand Final trophy, 17 League Championships, the Challenge Cup on many occasions; including a record-beating eight consecutive times between 1988 and 1995, 20 Lancashire Cups and a plethora of other titles, including three World Championship wins.

The first of those World Club Championship successes came in 1987, when Australian side Manly came to Central Park and were defeated 8-2 in a thriller in front of a crowd of over 36,895.

Other proud moments include a win by Great Britain in the 1992 test series over Australia, when a pack of forwards made up entirely of Wigan stars pounded the Aussies into submission in Melbourne.

But ask most players about the best moment in a Wigan shirt and chances are that the answer will be the 1994 World Club Championship success, when Wigan beat Brisbane against all the odds at the ANZ Stadium in Australia.

A lean period saw the Warriors go without silverware for eight years during the ‘naughties’, however the Michael Maguire revolution brought immediate success with the Super League title success of 2010, as well as the League Leaders’ Shield (2010) and Challenge Cup (2011).

After leaving the Club at the end of 2018, Wane was replaced by Adrian Lam. In 2020, the ex-Warriors half back guided Wigan to its first League Leaders’ Shield in eight years, was named the Betfred Super League Coach of the Year and led the Club into its 11th Grand Final and an amazing match against St Helens at the culmination of a very difficult season for Rugby League and all sports due to the Covid-19 pandemic. In that stunning Grand Final, Lam became the first person in Super League to have both played for and been the head coach of the same team in Grand Finals.

At the end of the campaign, Lam signed a one-year extension to stay on as head coach for the 2021 season. Lam’s successor is Matt Peet who will lead the Club as Head Coach for 2022 and beyond. Matt Peet has been part of the Wigan history for over 13 years, both as a Wigan Academy player and in a range of Coaching roles.

2022 sees the 150th year of Wigan Warriors, a great celebration of our Club’s history and success.