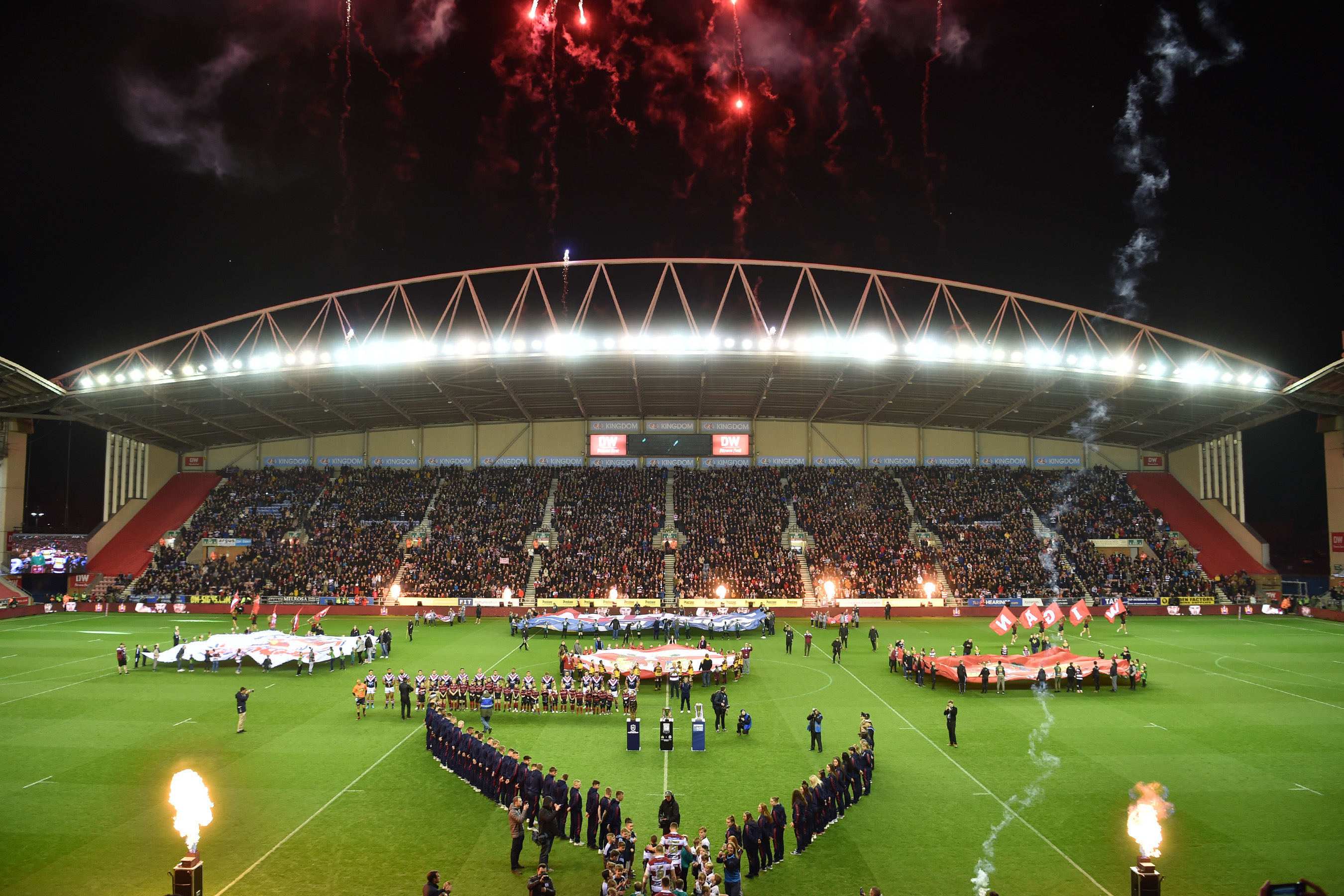 The DW Stadium is a dual-use stadium in Wigan, Greater Manchester, England hosting rugby league and football. Built and opened in 1999, it is named after main sponsor DW Sports Fitness.

Its current capacity is 25,133, all seated in four single-tier stands.

The stadium was built by Alfred McAlpine and completed in August 1999 and the inauguration was marked with a friendly football match between Wigan Athletic and neighbours Manchester United — who were then reigning European champions, Premier League title and FA Cup holders — with United’s manager Sir Alex Ferguson officially opening the stadium.

Wigan Warriors moved to the stadium a month after it opened, once they had played their final home game of the 1999 regular season at Central Park, which had been the Club’s home since 1902. The first game at the stadium was a play-off match against Castleford Tigers on 19th September.

The stadium design is based on cantilevered, prefabricated steel roof and terrace structuring. The stands are rectangular and both the northern and southern stands have supporting steel girders suspended from beneath the roof. The four stands are of approximately the same height (30 meters), however the stadium is not totally enclosed, leaving four exposed corners.

At both Wigan Warriors and Wigan Athletic matches, away supporters are situated in the North Stand behind the goal. The eastern stand, known as ‘The Boston Stand’, and the western ‘Springfield Stand’ run across the longer sides of the pitch. The Boston Stand is the largest and holds an electronic scoreboard. In the North East corner of the Stadium sits a new big LED screen, which helps to provide pre-match entertainment, as well as key information for fans on game day.

The Springfield Stand contains the stadium’s vital facilities; two main dressing rooms, ‘dugouts’, a doping control room and a treatment room for the players, as well as four executive boxes, radio commentary points and a designated TV studio. The stadium also has facilities and access for up to 278 fans with disabilities, with additional facilities for partially sighted fans.

The seats are a mixture of both resident teams’ main colours — cherry red and blue.

The pitch is large enough to conform with both RFL and FIFA standard requirements, at 110 by 68 metres and is completely natural grass. The ground has in-built irrigation and an under-heating system to resist cold weather.

The stadium’s surroundings are mostly urban, as it is located in the north of Wigan’s Robin Park retail complex in the western suburb of Newtown - not far from the Warriors first ever ground on Prescott Street, on the south bank of the Leeds and Liverpool Canal. Official car parks are situated around the stadium and can hold up to 2,500 cars.

The main road serving the complex is the A49, running west-bound 750 metres south of the stadium. Both of Wigan’s railway stations, Wigan Wallgate and Wigan North Western lie approximately 1 mile east of the stadium. 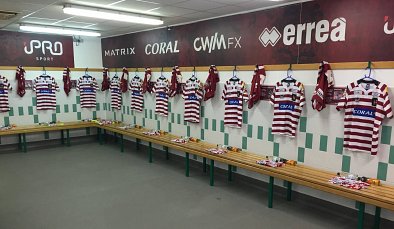 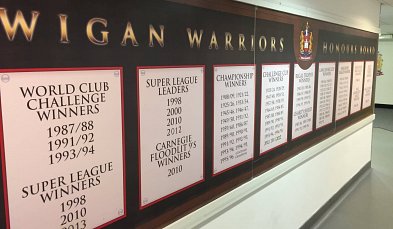 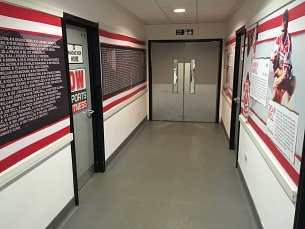 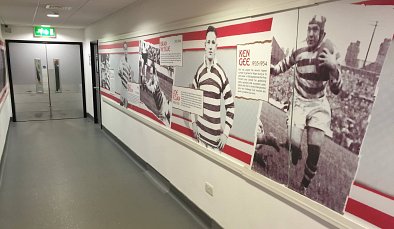 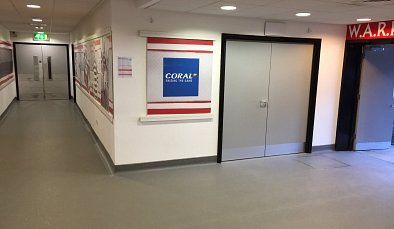 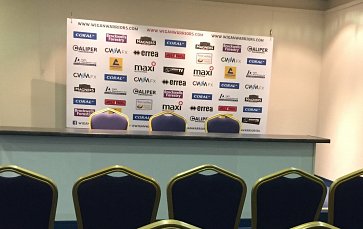 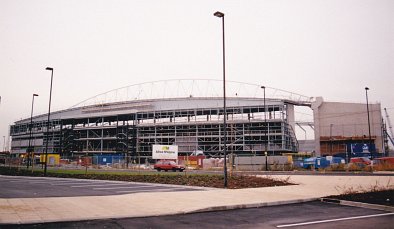 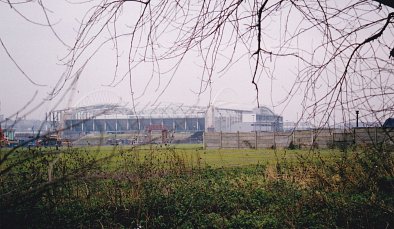 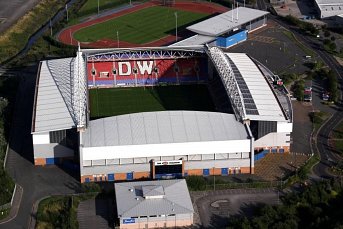 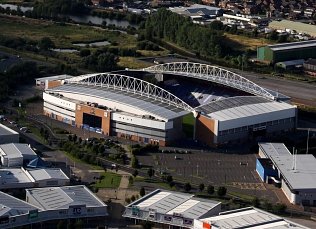 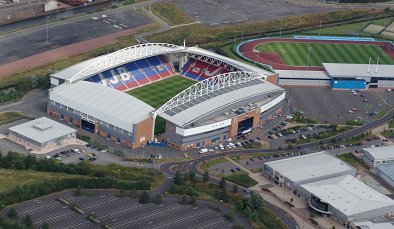 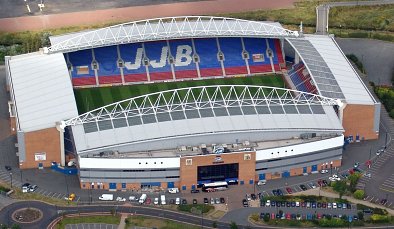 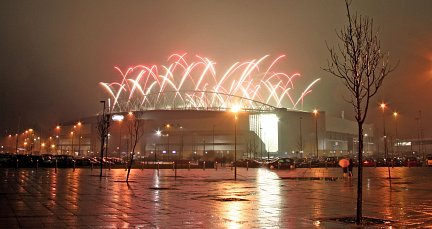 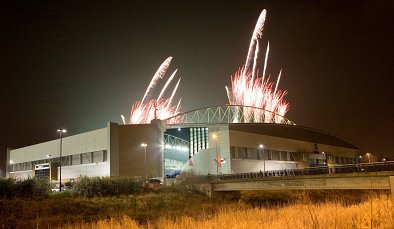 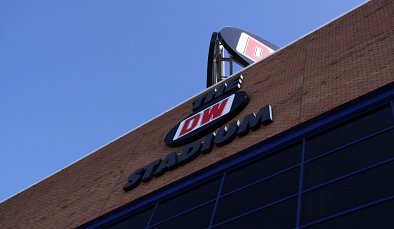 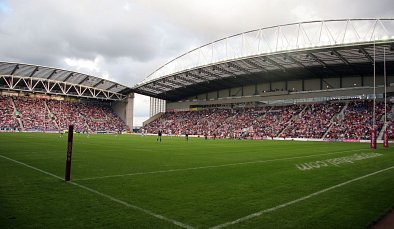 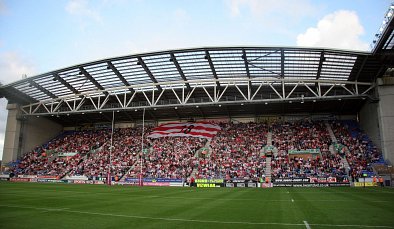 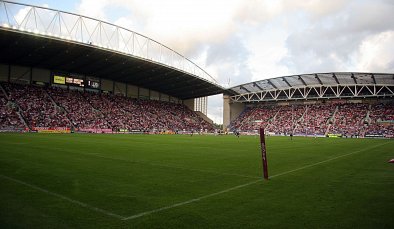 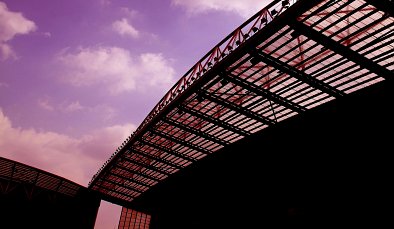 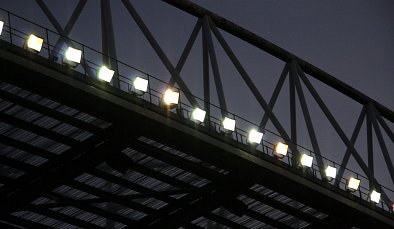 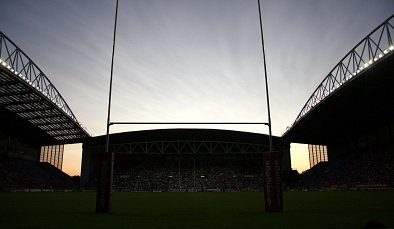 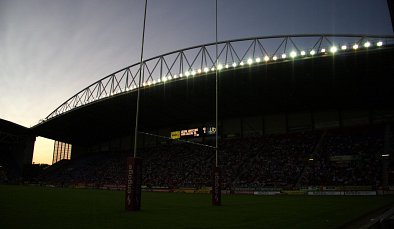